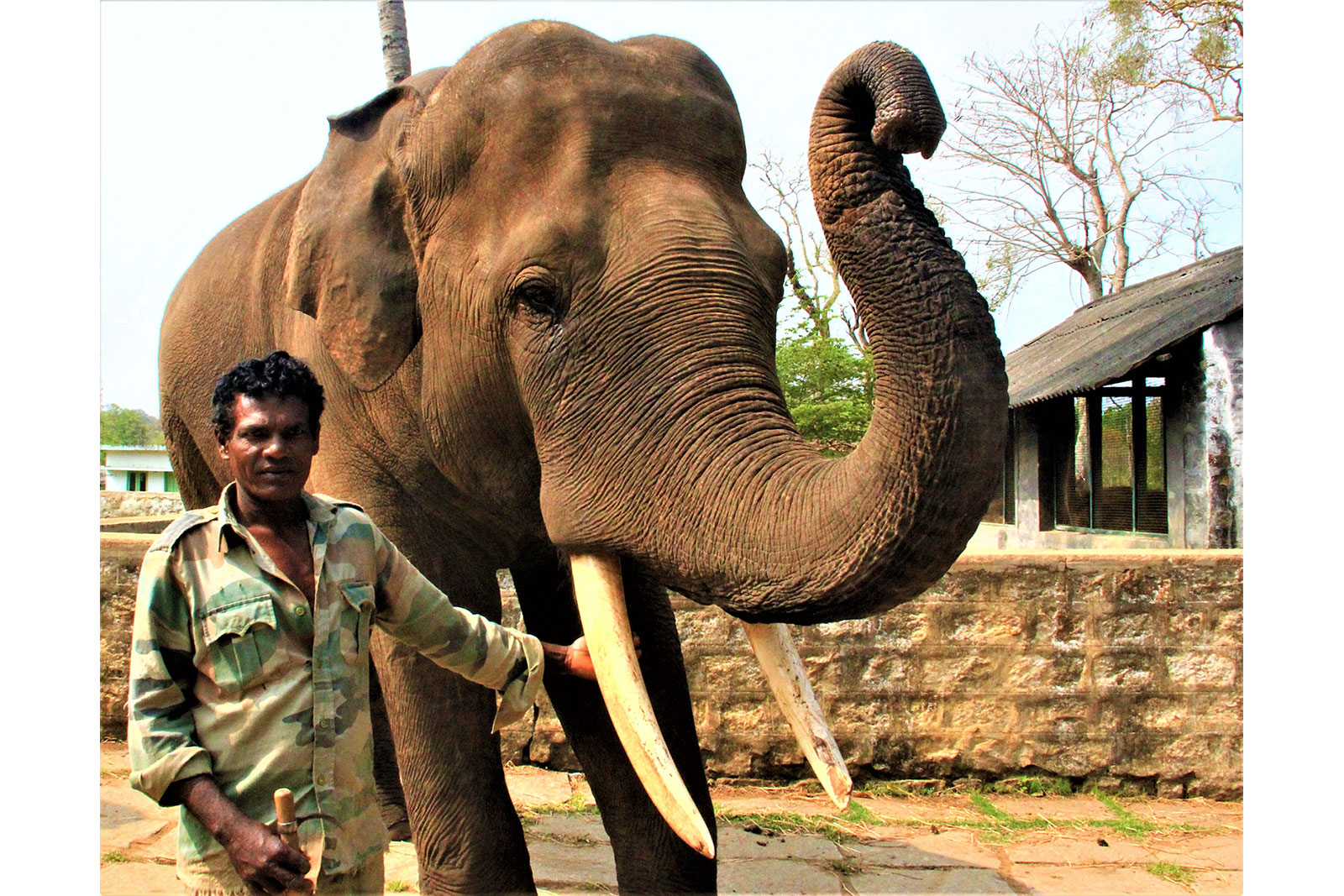 A proud Mahout with Elephant at the Dubare Elephant Camp in Karnataka. Kraal and Kumki elephants in the camp help to train captured wild elephants for human-elephant conflict mitigation operations. Copyright: Neeraj Khera 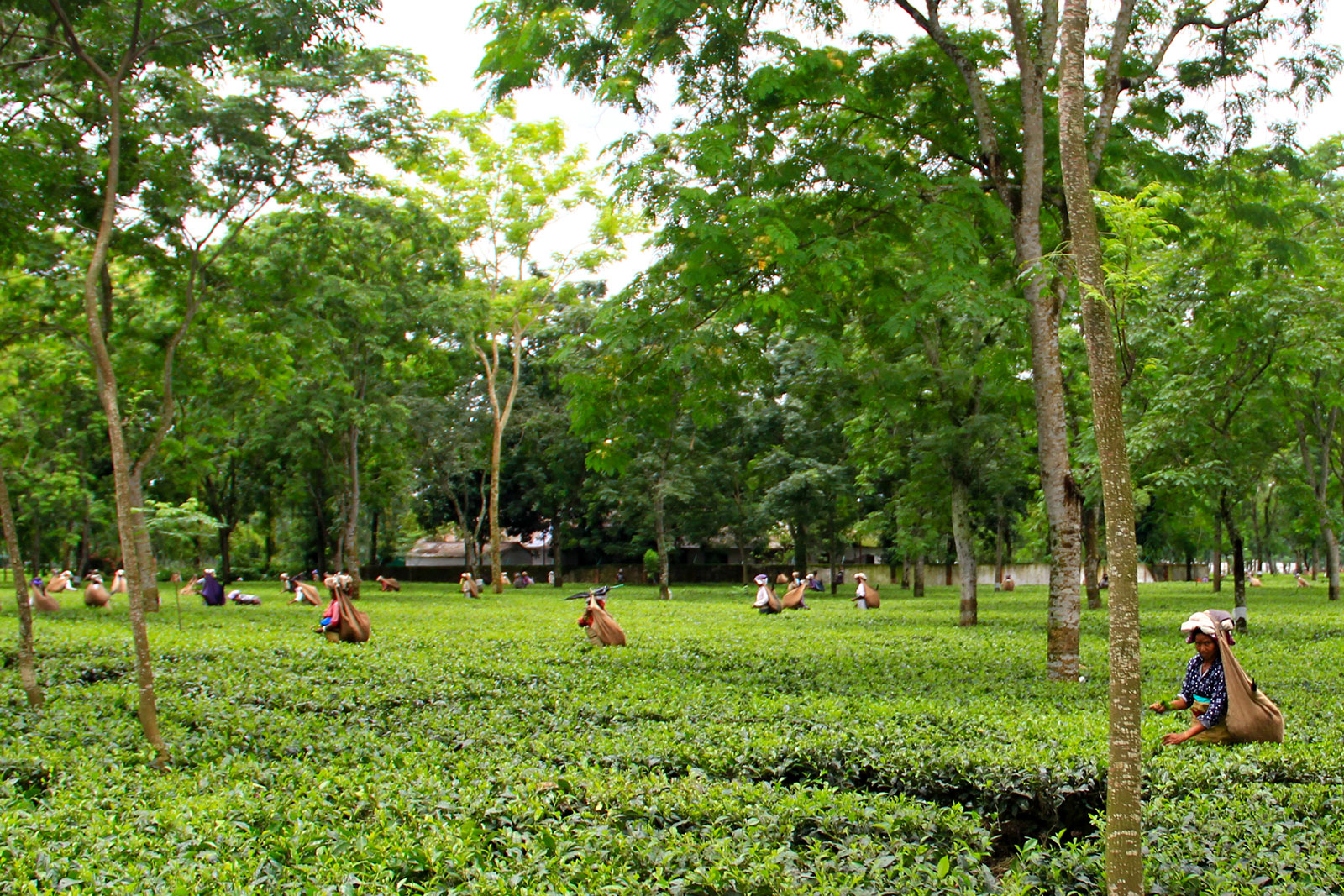 Plantation workers in a tea-estate in North Bengal. This, and many such plantations and neighbouring crop fields are frequented and damaged by elephants living in proximity to this human-dominated landscape. Copyright: Neeraj Khera 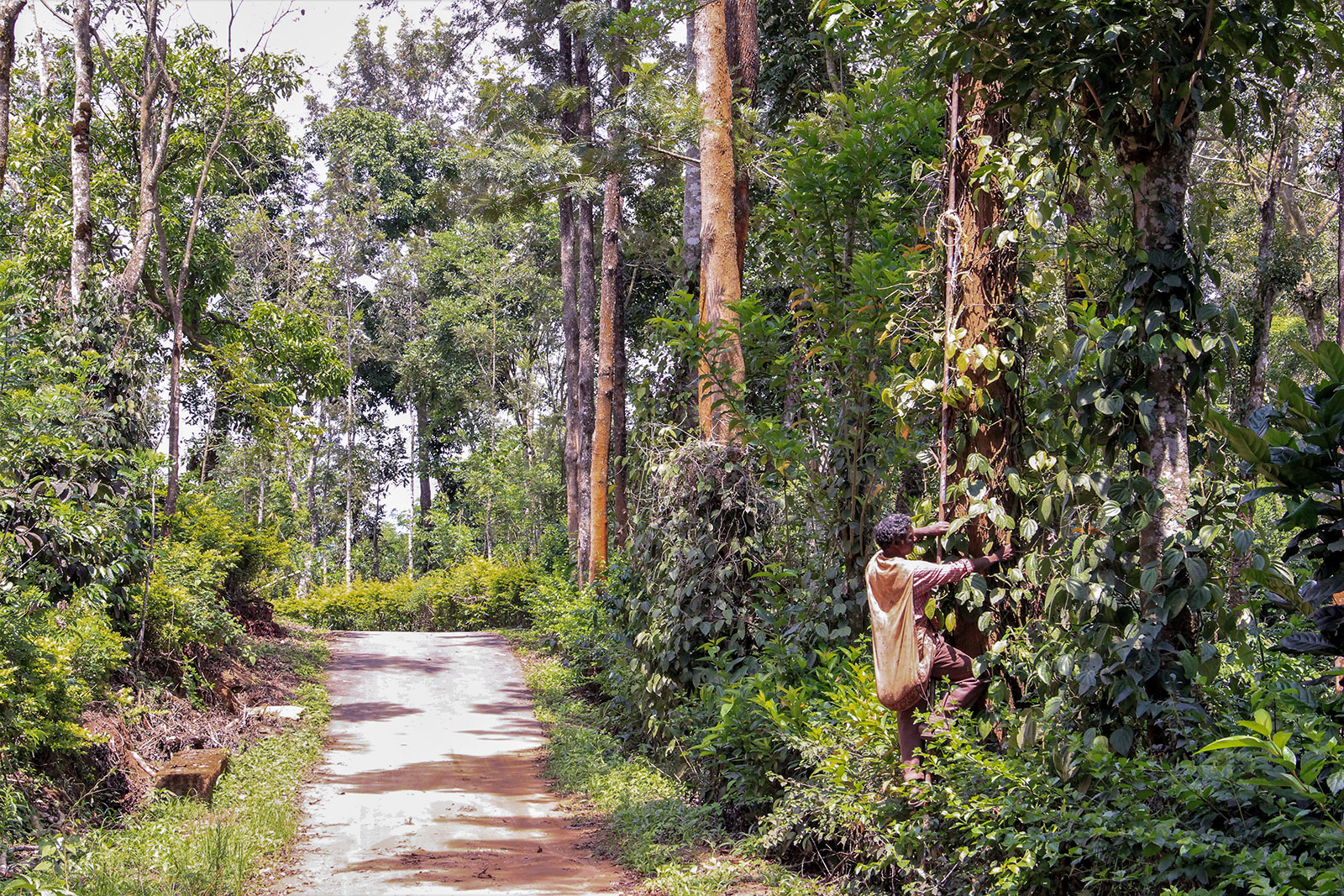 A man is harvesting pepper while keeping a watch around him for any elephants, in Kodagu in Karnataka. Pepper is usually harvested between March and May, and estates in Kodagu largely depend on migrant workers for the task. Copyright: Neeraj Khera

The project focuses on three output areas to achieve these objectives:

Conservation of biodiversity—including wildlife—is essential for India because the consequences of biodiversity loss and the resulting loss of ecosystem services will have a far-reaching impact on livelihoods. In addition, it will affect the overall well-being of human communities, as well as their cultural heritage where coexistence is the natural way of living.

The situation in India, however, is changing with increasing human population and subsequent demand for natural resources. This is leading to degradation and fragmentation of natural habitats thus, creating a situation where humans and wildlife are competing for the same resources. This shift from ‘coexistence’ to ‘conflict’ has the potential to undermine the existing and future conservation efforts and also hinder achievement of both Sustainable Development Goals (SDGs) and Biodiversity Targets. Mitigation of human-wildlife conflict is thus emerging as one of the key issues of concern. It is crucial to address this issue holistically and to co-create mitigation solutions by engaging all relevant stakeholders.

The Human-Wildlife Conflict Mitigation (HWC) project aims at providing technical support at the national level, and effective implementation of HWC mitigation measures in selected states. The main objective of the project is that the rural population in project areas, where agreed guidelines and tools are applied to mitigate human-wildlife conflict, is better protected against it.