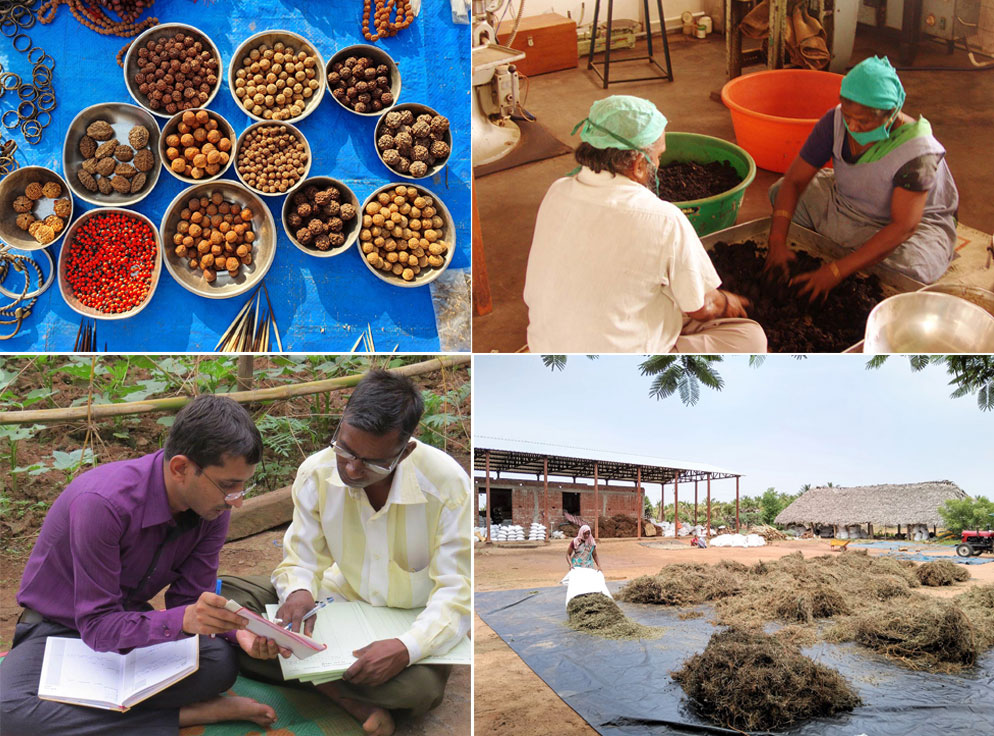 The ABS Partnership project aims at strengthening the capacities of the National Biodiversity Authority (NBA), selected State Biodiversity Boards (SBB) and Biodiversity Management Committees (BMC). It also aims at creating awareness amongst commercial users of biological resources and associated traditional knowledge for the effective implementation of ABS mechanisms under the Biological Diversity Act 2002, in keeping with India’s commitments under the Nagoya Protocol on ABS.

India is one of the 17 megadiverse countries in the world. With just 2.4 per cent of the world’s land area, India’s biological richness is spread across a vast range of habitats and ecosystems. These support 7 per cent of globally recorded species, including over 45,000 plants and 91,000 animal species—out of which many are keystone and charismatic species. India’s rich biological heritage coexists with over 1.2 billion people and about one-sixth of the world’s livestock population. For millions of Indians, therefore, biodiversity supports their very livelihoods and way of life. Thus, protecting and maintaining India’s rich biodiversity and natural resources is essential for achieving inclusive and sustainable development. India gained prominence as one of the leading countries which signed the United Nation’s Convention on Biological Diversity (CBD) in 1992 and further adopted the Nagoya Protocol in 2014. This led to an early set-up of a legal framework to ensure fair and equitable sharing of benefits arising from utilisation of biological resources.

The Indian Parliament enacted the Biological Diversity Act (BDA) in 2002 which is being implemented nationwide by the National Biodiversity Authority (NBA) as well as through decentralised institutional structures like the State Biodiversity Boards (SBB) and the Biodiversity Management Committees (BMC) at local level. The NBA notified the ‘Guidelines on Access to Biological Resources and Associated Traditional Knowledge and Benefits Sharing Regulations’ in 2014 which prescribe the procedures for access to biological resources and guides the fair and equitable sharing of benefits arising from the use of biological resources with providers of the resources. However, the potential of the legal framework on ABS to secure benefits from the use of biological resources has not fully been explored. This limits the range of economic and social benefits that are channelled back to the communities. Tapping the provisions of the Biological Diversity Act, with ABS supporting its implementation, can significantly contribute to conserving and promoting sustainable utilisation of biological resources. This holds an enormous potential for economic development of local communities.

The project is implemented at the national level in partnership with the NBA, at the state level, with the three State Biodiversity Boards (SBB) of Maharashtra, Uttarakhand and Tamil Nadu, and at local level with Biodiversity Management Committees (BMCs) in all three states.

The project employs the following approaches: