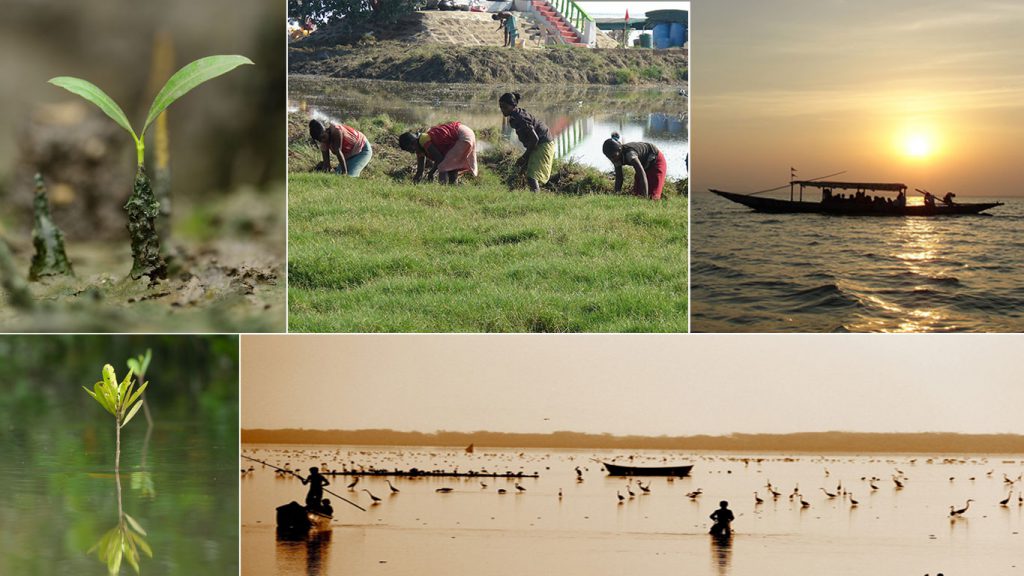 The main objective of the project is to strengthen the institutional framework and capacities for an ecosystem-based integrated management of wetlands of international importance (Ramsar sites) in India.

The Wetlands Management for Biodiversity and Climate Protection project is implemented in close cooperation with the National Plan for Conservation of Aquatic Ecosystems (NPCA) of the Ministry of Environment, Forest and Climate Change (MoEFCC), Government of India. Three main output areas define the implementation approach of the project are:

Four Ramsar sites have been selected as potential pilot sites under the project: Pong Dam and Renuka Lake in Himachal Pradesh, Bhitarkanika Mangroves in Odisha, and the Point Calimere Wildlife and Bird Sanctuary in Tamil Nadu. The Chilika Development Authority has been identified as a resource centre for wetlands management.

Wetlands are ecosystems located at the interface of land and water. We see them in various forms such as marshes, lagoons, estuaries, mangroves, peatlands, ponds, lakes, reservoirs, floodplains, and deltas. As highly productive ecosystems, wetlands are vital parts of the water cycle and support rich biological diversity. There are over 750,000 wetlands in India which are spread over 152,600 sq km (National Wetlands Atlas 2011). Distributed across ten bio-geographic zones – from the Trans-Himalayas to the Indian Islands – these wetlands exhibit an enormous diversity and support a variety of ecosystem services like freshwater provision, food, fibre and fuels, groundwater recharge and purification, pollution abatement, flood mitigation, erosion control and carbon sequestration. They also provide cultural, and recreational benefits.

Wetlands directly and indirectly support the livelihoods of millions of Indians. In India, 27 wetlands of international importance have been designated under the Ramsar Convention. Many wetlands are threatened by reclamation and degradation through drainage and landfill, pollution, hydrological alteration, over-exploitation, and climate change resulting in loss of biodiversity and disruption in ecosystem benefits to the society. Wetlands in India form an integral component of biodiversity conservation, water and food security, and climate protection.