In February 2019, the SupportCCC II Project Knowledge Exchange and Culmination Event was organized and attended by more than 150 participants from the government, civil society groups, academe, and other development partners. Partnerships built among key stakeholders in the country were again strengthened through this engaging culmination event to further ensure coherence and future synergies in climate actions. Copyright: GIZ, 2019 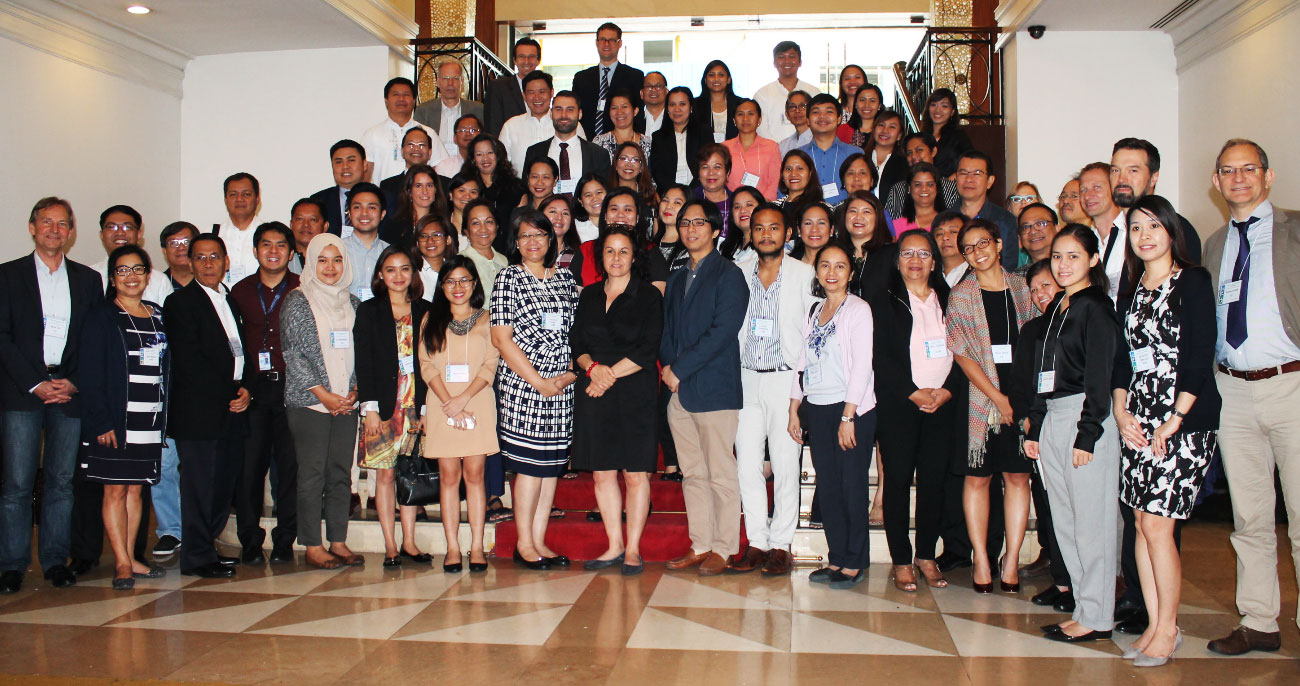 As the IKI interface project of the BMU in the Philippines, the SupportCCC II Project has been facilitating regular knowledge exchange and networking activities among all IKI projects in the country since 2016. Copyright: GIZ, 2017 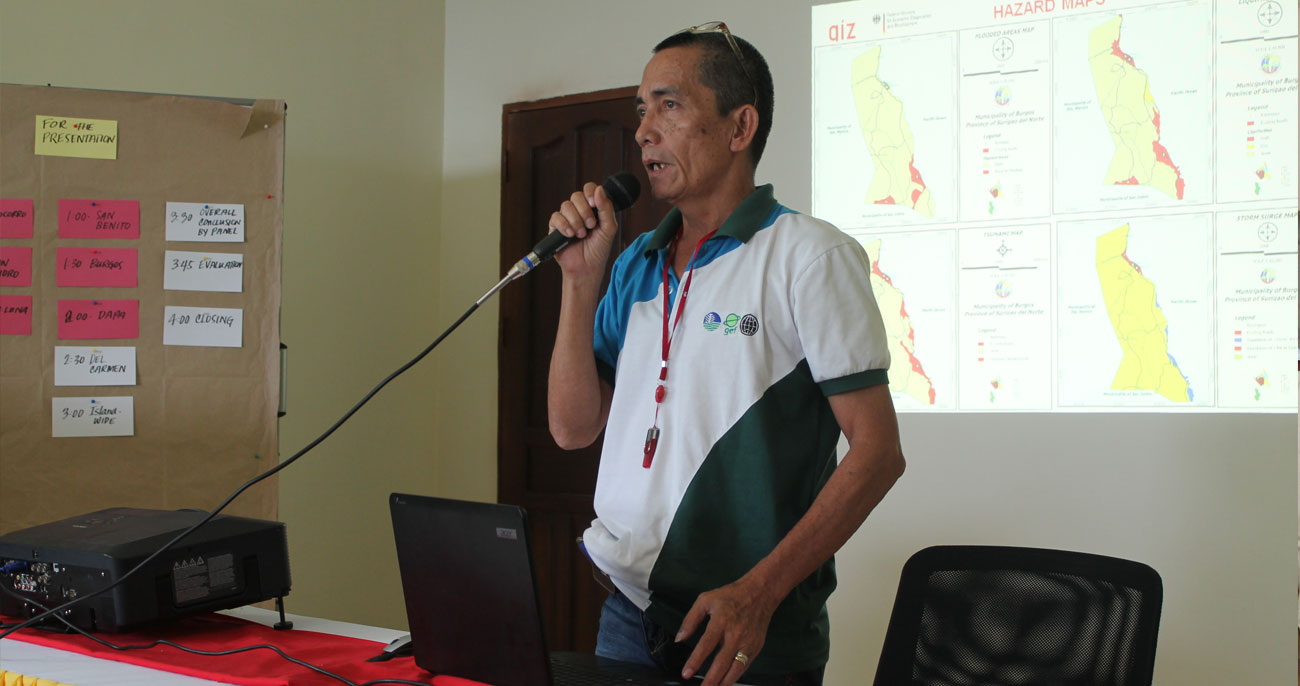 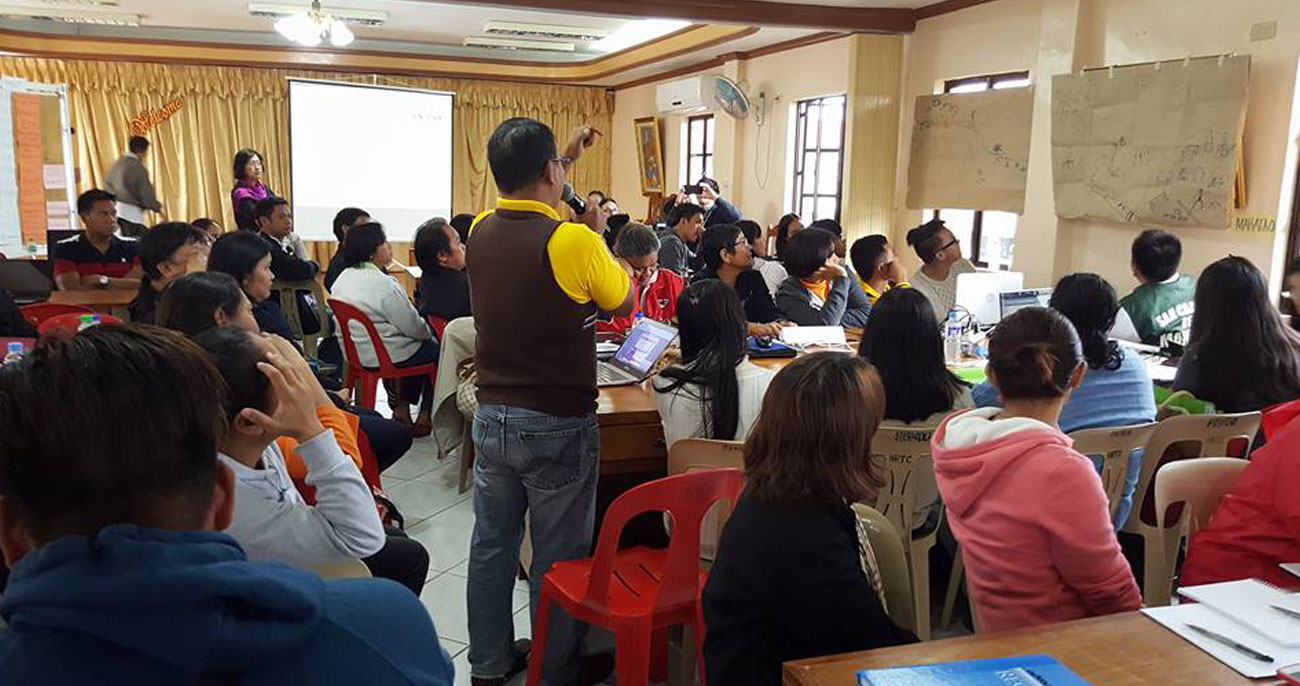 The project has been working with different local government units in mainstreaming climate change in their local plans. Capacity building workshops organized by the project also provide a venue for LGUs to share good practices among peers. Copyright: GIZ, 2015 and 2018

The Climate Change Commission and other key stakeholders in the Philippines ensure the coherent implementation of climate change policy at national and sub-national levels and contribute to the further development of the international climate change regime.

The project builds on the experiences and results of an earlier project, ‘Support to the Climate Change Commission in implementing the National Climate Change Action Plan (NCCAP)’, also implemented by GIZ until August 2015.  SupportCCCII is providing technical advisory in implementing national climate change policies, in the context of the Philippines’ international commitments. From 2016 to 2019, the project has contributed to the updating and enhancement of the NCCAP and its monitoring system, and supported the Philippines’ presidency of the Climate Vulnerable Forum (CVF) in 2015-2016 with UNDP. The project’s work on renewable energy and energy planning supported technical studies and policy dialogues as part of the review to enhance the energy planning regime in the Philippines.  At the sub-national level, the project supported over 164 local government units in developing their climate-adaptive land use and development plans.  It also supported the operationalization of the People’s Survival Fund (PSF)—the national adaptation fund, and capacity building measures to access PSF.  As the IKI interface project, the project has organized networking workshops and strategic dialogues with other IKI implementing agencies and government partners.

SupportCCC II is now implementing an extension phase until October 2022.  While the project has wrapped-up its support on renewable energy and land-use planning, the project will continue its advisory on climate policy, focusing on climate risk assessments, and supporting the transparency initiatives of the country in monitoring climate action and tracking climate finance.  SupportCCC II also continues to serve as the interface for IKI projects in the Philippines.

“The concept of climate justice enshrined in the Paris Agreement is based on the principle of leaving no one behind—a principle exemplified by the PhilippineGerman cooperation on climate action through the Support to the Philippines in Shaping and Implementing the International Climate Regime (SupportCCC II) project. “ – Secretary Emmanuel De Guzman, Climate Change Commission, February 2019.

Since SupportCCC II’s inception in 2015, it had provided extensive technical assistance to the Department of Energy (DOE). One of the project’s focus area is on renewable energy (RE) innovations, where it has helped the Philippines learn the management of increasing amounts of variable RE (vRE) and adapt power planning with the mega trends happening globally. It had also facilitated capacity building for energy stakeholders across the country, including grid operators and the distribution utilities for the grid integration of vRE.

A high-level delegation visit to Germany was arranged in June 2017 where Philippine decision makers learned about Germany’s Energiewende. Key Philippine officials had personally seen the positive outcome of utilities’ learning to manage increasing amounts of RE over time, as evidenced by the 40 gigawatts (GW) of solar and 40 GW of wind power currently installed in the German system having only 11 minutes of annual down time.

In addition, relevant technical and policy studies were conducted which included an assessment of the power planning process, a policy review of the Feed-in-Tariff and net-metering for RE, a cost-benefit analysis of the power sector using the RE country diagnostic tool, and an analysis of the Negros solar situation.

“For three consecutive years, the Philippines ranked first among 125 countries in terms of energy environmental sustainability. This couldn’t have been achieved without the strong collaboration among the different Philippine government agencies, as well as the technical and funding support from our international partners, like GIZ.