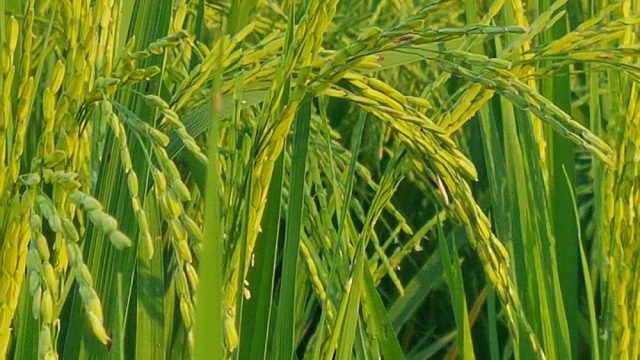 A PLANNED shift to low-emission rice farming in Thailand is expected to reduce greenhouse gas emissions by at least 26 per cent over the five-year span of a project backed by a multi-donor fund.

The Ministry of Agriculture and Cooperatives is working with the Ministry of Natural Resources and Environment on the plan, which will be funded by a multi-donor Nationally Appropriate Mitigation Actions (NAMA) facility.

The shift will involve 100,000 rice farmers and will drive wide-scale adoption of the rice standard of the Sustainable Rice Platform that is said to offer a framework for promoting climate-smart best practices and improving the livelihoods of rice smallholders.

Thailand is among the top 15 countries most affected by climate-related impacts. With the ratification of the Paris Agreement in September 2016, the government committed to contribute to global efforts to achieve climate change mitigation.
Agriculture is Thailand’s second-largest emitter of greenhouse gases and one of the most vulnerable sectors to climate change. The country’s rice sector ranks as the world’s fourth largest emitter of rice-related greenhouse gases, mainly methane.

“Thailand’s Rice Department , under the Ministry of Agriculture and Cooperatives, which is a member of the National Committee on Climate Change, is the main implementing agency for the sustainable development of the rice sector. The Rice Department will participate in and support the implementation of Thai Rice NAMA,” said Anan Suwannarat, the director-general of Rice Department.

Established in 2013, the NAMA facility is a multi-donor fund that supports developing countries to implement green projects. The Thai Rice NAMA, which was submitted with support from GIZ (German International Cooperation), is one of seven such projects that will receive preliminary funding for detailed preparation of their projects

“The project will work with farmers and farmers’ associations in six provinces in the Central Plains of Thailand in shifting from conventional to low-emission rice farming, and promote its replication on a national scale and in the Asean region,” said Matthias Bickel, GIZ project director.

“The switch to low-emission cultivation of rice is estimated to help reduce baseline emissions from irrigated rice by more than 26 per cent over the five-year lifespan of the project, with increasing annual mitigation potential.

“Rice is an important crop to millions of small farmers in the Asia and Pacific region and an important contributor to food security, livelihoods and income of rural populations.”

Dechen Tsering, regional director for UN’s Environment Asia and the Pacific Office, said: “This project will not only help boost production of this critical staple, but also protect the environment, safeguard livelihoods and mitigate climate change impacts.”