Globally, Viet Nam is among the countries that are seriously exposed to the impacts of climate change. The annual losses caused by consequences of climate change are estimated at 15 billion US Dollars (DARA climate vulnerability monitoring, 2012), or approximately 5% of the country’s GDP. It is also considered a biodiversity hotspot with a large share of endemic flora and fauna. While this diversity has increasingly been threatened by climate change, intact capable ecosystems can contribute to climate adaptation and enhance the resilience of the population concerned. In particular, land use changes, caused by steady economic growth and a growing population, are the main driving forces for biodiversity loss.

“It is our hope that the conference proceedings help policy makers in formulating EbA plans and advance climate-resilient development.” Associate Professor. Dr. Nguyen The Chinh – Director General of Institute of Sstrategy and Policy for Natural Resources and Environment, Ministry of Natural Resources and Environment (MONRE) of Vietnam, wrote in the foreword of the conference’s proceeding in September 2015 in Ha Noi, Viet Nam.

In response to this, the Vietnamese government has determined clear objectives for climate protection and adaptation to climate change, as well as for protection and sustainable use of biodiversity. This is reflected in a series of laws and decrees, ratification of corresponding international agreements and participation in international initiatives. The Ecosystem-based Adaptation (EbA) approach is increasingly put on the agenda as an alternative or supplement to other adaptation measures. Regeneration and preservation of mangrove forests that are implemented by local governments as natural and cost– effective forms of coastal protection are already being applied in the field. However, a concrete starting point for the systemic anchoring of ecosystem based solutions in policy and society are absent. Furthermore, the development of effective instruments and programmatic approaches for the implementation and monitoring of the contribution of ecosystems towards adaptation is needed.

National Conference on Ecosystem-based Adaptation (EbA): from the concept to practice

Climate change represents the greatest environmental threat humanity has ever faced. The Intergovernmental Panel for Climate Change (IPCC) has identified Vietnam as a highly vulnerable countries (IPCC, 2014). The project “Strategic Mainstreaming of Ecosystem-based Adaptation in Viet Nam” was commissioned by the German Federal Ministry for the Environment, Nature Conservation, Building and Nuclear Safety (BMUB) and the Ministry of Natural Resources and Environment (MONRE) of Vietnam. The project aims to strategically integrate the Ecosystem-based Adaptation (EbA) approach in climate adaptation policy and in land use and development planning as well as continued implementation on the ground. The project is jointly implemented by Deutsche Gesellschaft für Internationale Zusammenarbeit (GIZ) GmbH and the Institute of Strategy and Policy on Natural Resources and Environment (ISPONRE). To urgently respond to the growing call for improved, climate-smart management of natural resources from the general public. in September, 2015, GIZ and ISPONRE had organized a “National Conference on Ecosystem-based Adaptation, From Concept to Practice” to present an introduction to the relatively new approach of Ecosystem-based Adaptation and give a broad overview on implementation practices of EbA in Vietnam and neighbouring countries. More than 150 representatives from central and local government agencies of Vietnam, international and national research institutes and universities as well as international and national NGOs had participated in this conference. Furthermore, a proceeding of the conference had been developed to help policy makers in formulating EbA plans and advance climate-resilient development. 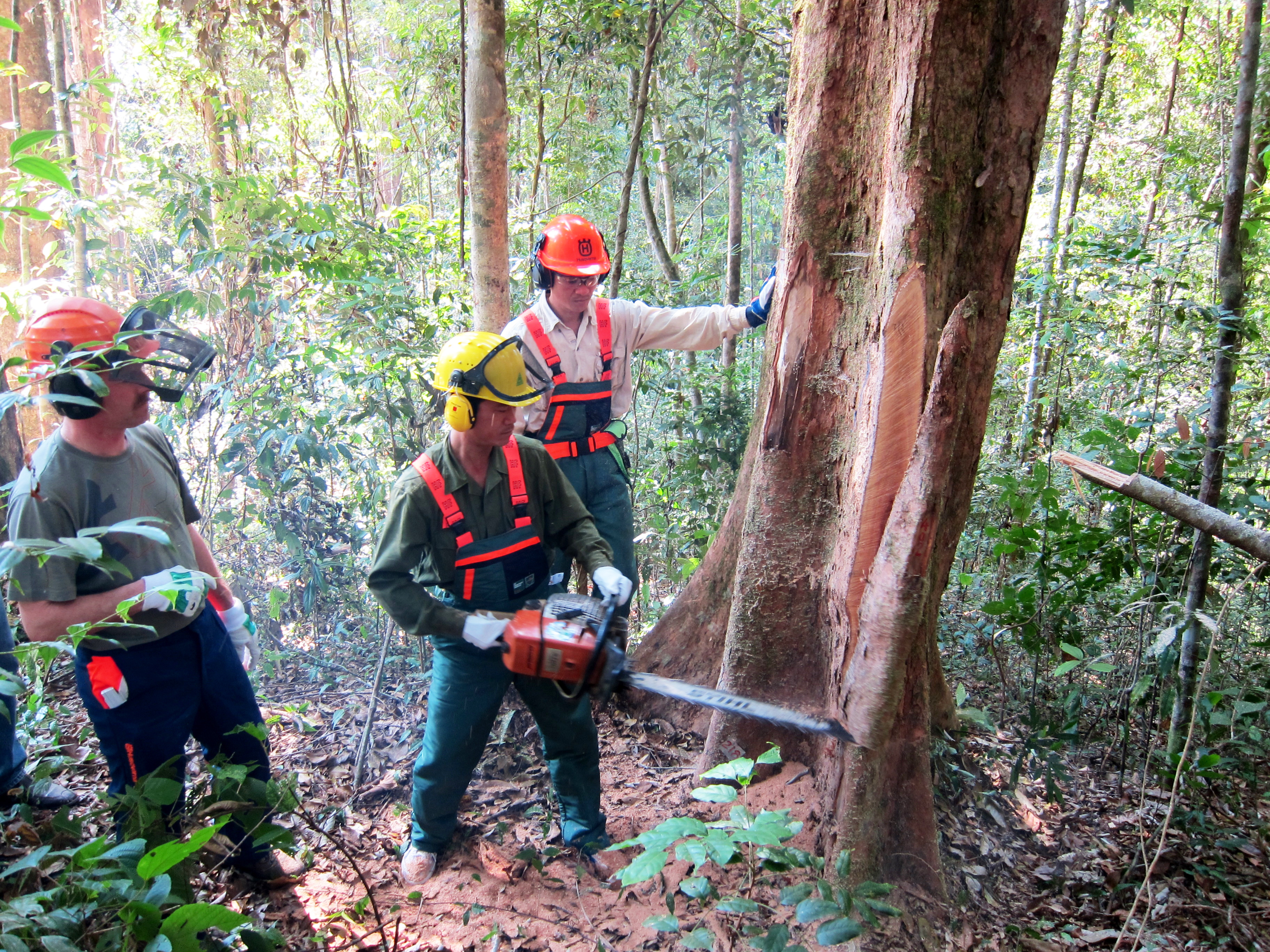 SEA constitutes a frontline tool for mainstreaming a range of sustainability related concerns in so-called ‘strategic’ decisions. Vietnam has a fairly well institutionalized system of SEA, with the first legislation having been introduced in 2005 and a second generation legal framework being implemented in 2014. The project “Strategic Mainstreaming of Ecosystem-based Adaptation in Viet Nam” had proposed an approach to consider ecosystems and ecosystem’s services in the SEA process as environmental issues. With the “climate change” lens, the SEA process informed and made recommendations to the National Land-Use Planning (NLUP) revision process in a way to enhance ecosystems and their services to make local populations and ecosystem become more resilient to climate changes. The new approach is being taken by ISPONRE and MONRE to develop in 2016 a regulatory framework and technical guidelines for practitioners integrating Climate Proofing into the SEA process.