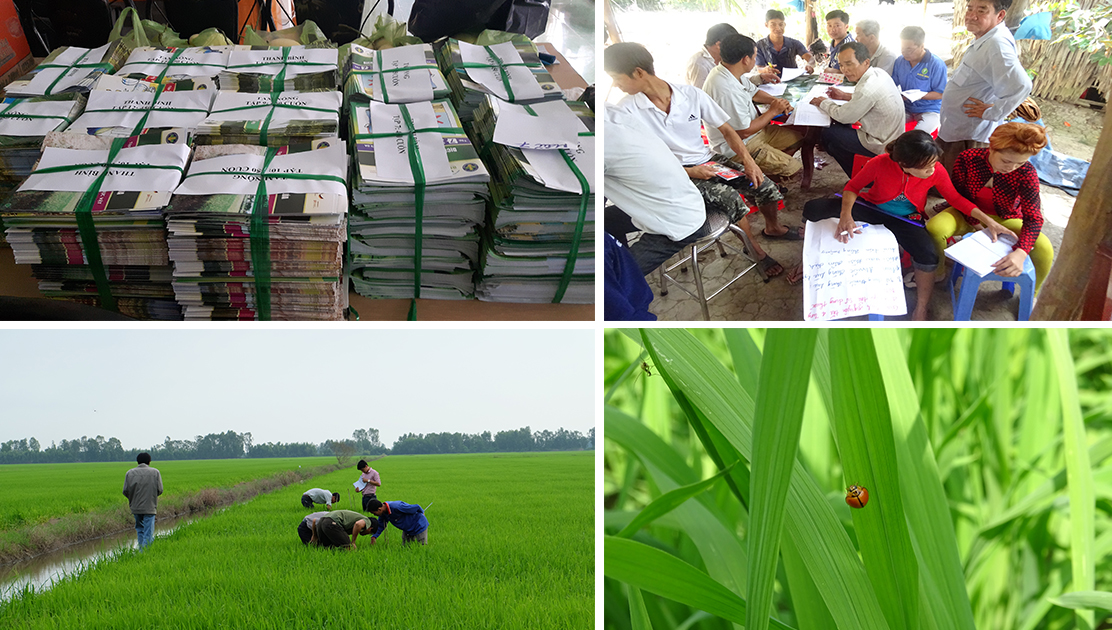 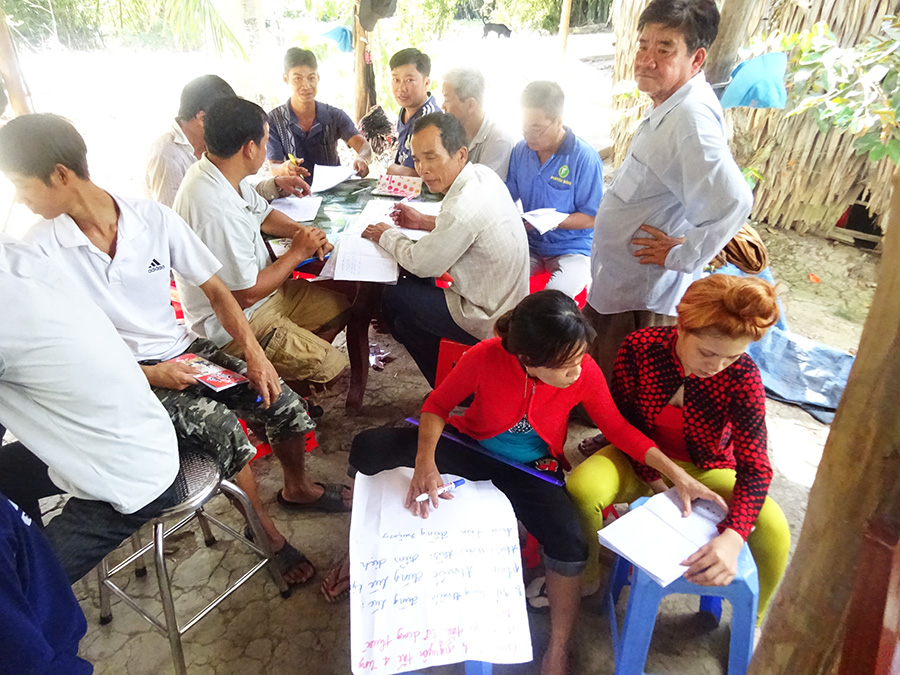 In a period of seven months from April to October 2017, 22 farmer groups consisting of 660 directly trained farmers (and 2,640 indirectly trained farmers who benefit from the farmer to farmer training) and three retailer groups of at least 60 agricultural retailers will be trained in Dong Thap, Hau Giang and Kien Giang provinces during the Viet Nam’s Summer-Autumn Season. The trainings consist of capacity building for farmers in rice farming according to ecology systems and retailer capacity building in responsible chemical business and upgrading rice farming knowledge as well as equipment and calibration.

Based on the contents of the training modules, a set of indicators of IPM training activities have been identified for both farmer and retailer training activities. For the farmer training, eight main indicators on the application of IPM on their field will be monitored. This includes the understanding of the action threshold levels, the understanding of the mode of action to avoid resistances of pesticides due to the overuse of the same active ingredients, using personal protection during spraying. In the retailer training, the desired use of biological products (sale up to 20 per cent of the current level) would be focused. 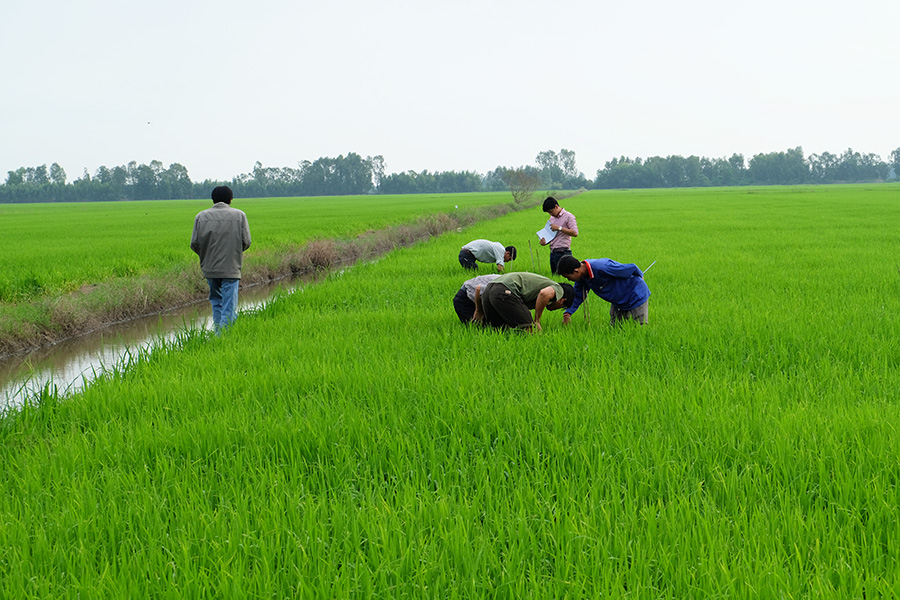 Also, retailer should be able to read the products labels in the “Four Corrects” ways advised during the training, and commit to ban illegal and counterfeit products. The “Four Corrects” are using the right pesticides for the biological target; applying Active Ingredient (AI) dosage and calibration; determining the action threshold levels for each pest; and spaying pesticides according to label guidelines

In addition, 67 IPM farmer clubs will be established to maintain knowledge of farmers who were previously trained and transfer to those who have not been trained in the community. 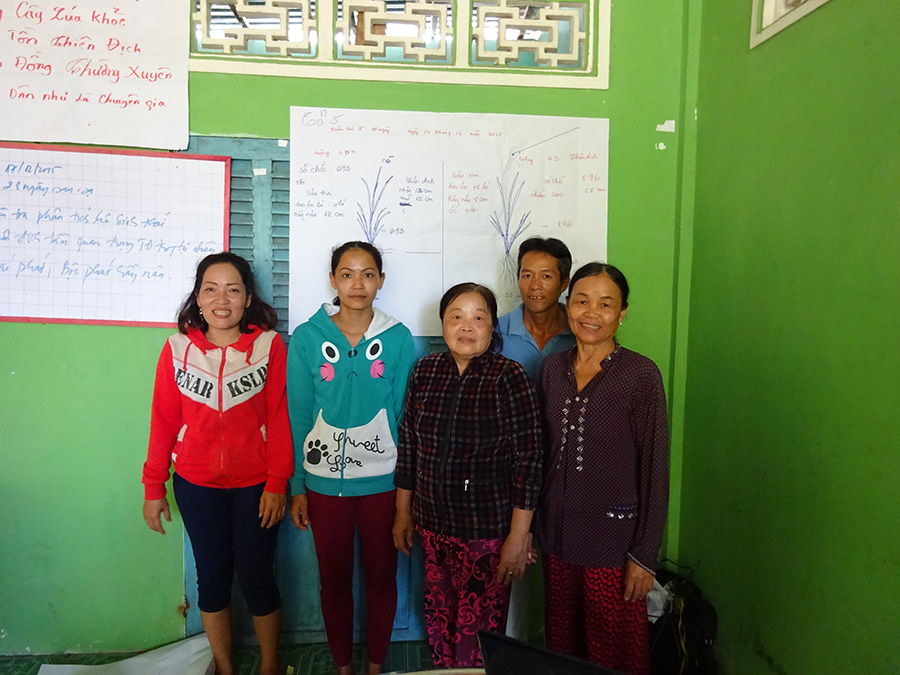 The guidelines of farmer training and retailer training were also distributed to the directors of the Sub Plant Protection Department (SPPD), Southern Regional Plant Protection Center and project staffs. Earlier 39 staff of SPPD at province and district levels were trained as Master Trainers in order to conduct and transfer the IPM knowledge to both farmers and retailers in the later trainings.

Moreover, five short videos have been made with an aim to promote this BRIA/IPM training in sustainable rice cultivation in Viet Nam. Each video is three to four minutes in length and they now can be viewed at https://www.asean-agrifood.org/vdo/. The videos were shot in December 2016 by the international film crew of Croplife international. Starting in the new training season 2017, these IPM videos will be introduced to farmer training classes, IPM farmer clubs and published on the website of local Department of Agriculture and Rural Development partners. The possibility is the local partners may broadcast the videos at the national and provincial TV channels.

By the end December 2017, the IPM project will reach 3,000 farmers trained directly and 12,000 farmers trained indirectly, and over 300 retailers. The final monitoring and evaluation of the project activities will be carried out in the third quarter by Croplife International incorporate with the partner organisations and GIZ.