The Project is supporting the conservation of the unique biodiversity and natural beauty of the Hin Nam No national protected area in Laos, through a co-management approach involving local authorities and villagers, and by promoting food security and income alternatives. The Lao Government is intending for Hin Nam No to be included in UNESCO’s natural World Heritage List and for Hin Nam No to become an ASEAN heritage park. This would attract greater international attention and further increase the income opportunities for the villagers. Relevant criteria to become a natural World Heritage site are identified and included in the approved Co-management Plan 2016 – 2020 for Hin Nam No National Protected Area.

The project is based on the principles of collaborative management, bringing together the intermediaries (authorities) and the target group (local population) to deal with the protection and administrative tasks at hand. This co-management approach is an innovation in Laos. Villagers form co-management committees with a mandate to protect and manage the natural resources in and around Hin Nam No, in accordance with an approved co-management plan.

Mr. Saysomephone from Ban Dou village: “I am very proud to be an official village ranger and protect the Hin Nam No against unsustainable harvesting by outsiders. My family and I have lived off the forest for generations. We hunt smaller animals, such as squirrels and rats. We also collect various plants such as bamboo shoots for food and cut down trees to build our houses. I recently learned that it is better to respect the breeding cycles of animals. That way we can be sure that there are enough animals for us to eat even in the next generation.”

The project supports its partner in improving its expertise for district administration while, at the same time, it is developing collaborative management instruments with which to facilitate cooperation among all the stakeholders in the protected area and to provide a model at the national level. In this way, it is helping to harmonise planning for the protected area with the district and provincial plans.

To improve the economic situation of the local population, the project is involved in development partnerships to establish ecotourism products and promote their commercial application in and around the nature reserve. It also promotes measures to conserve nature and generate incomes. Designation as an ASEAN Heritage Park and UNESCO world heritage site would raise international awareness, while making it easier to secure funding and promote tourism. 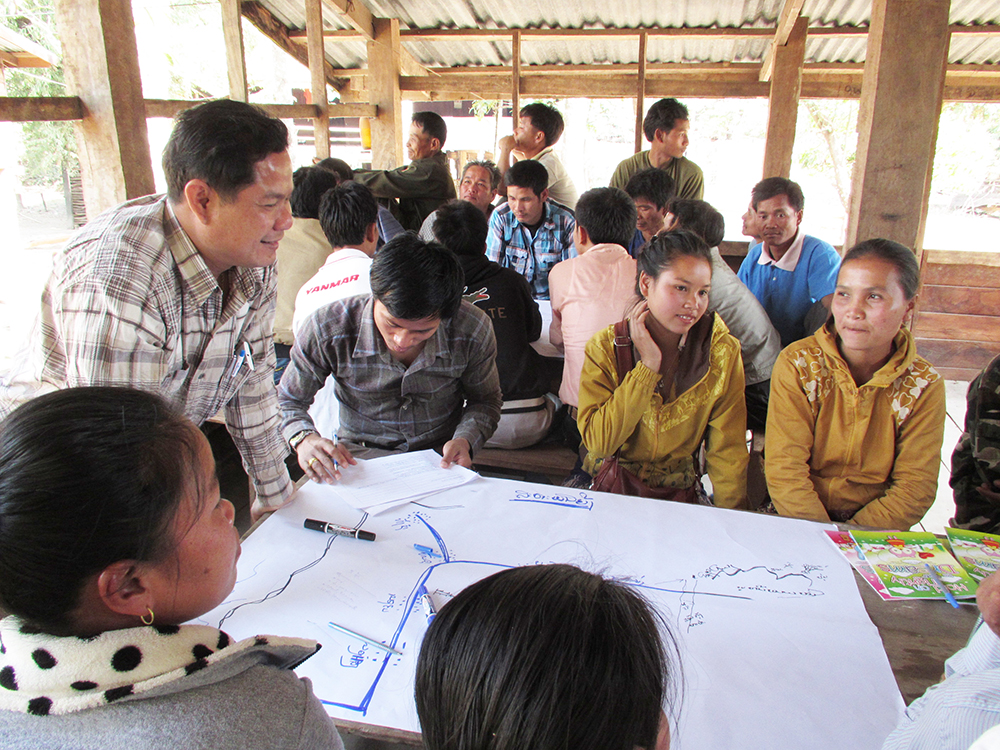 Since village rangers are regularly monitoring wildlife and threats inside the Hin Nam No, arrests of poachers are becoming more frequent. On Monday 28 July 2014, a team of 8 villager rangers from Ban Dou village carried out their regular forest patrol, when they came across a team of five Vietnamese poachers in the Kuan Nong area. This location is at one day walking distance from the village and three days walking from the Vietnamese border.

These poachers had a lot of motorcycle brake wire cables, which are a popular material to make traps as well as explosives and digging equipment. The village rangers arrested the poachers, tied them up with their own wire cables and led them back to the village. The poachers were handed over to the border military station in Ban Dou who kept them for three days.

Relevant authorities were called in and a meeting was held to judge the case. The judgment committee decided on a fine to the equivalent of US$3,000. The fine of $3,000 was distributed among the various law enforcement stakeholders. The village rangers who found and arrested the poachers were given a reward of $124 per arrested poacher, totaling $620. 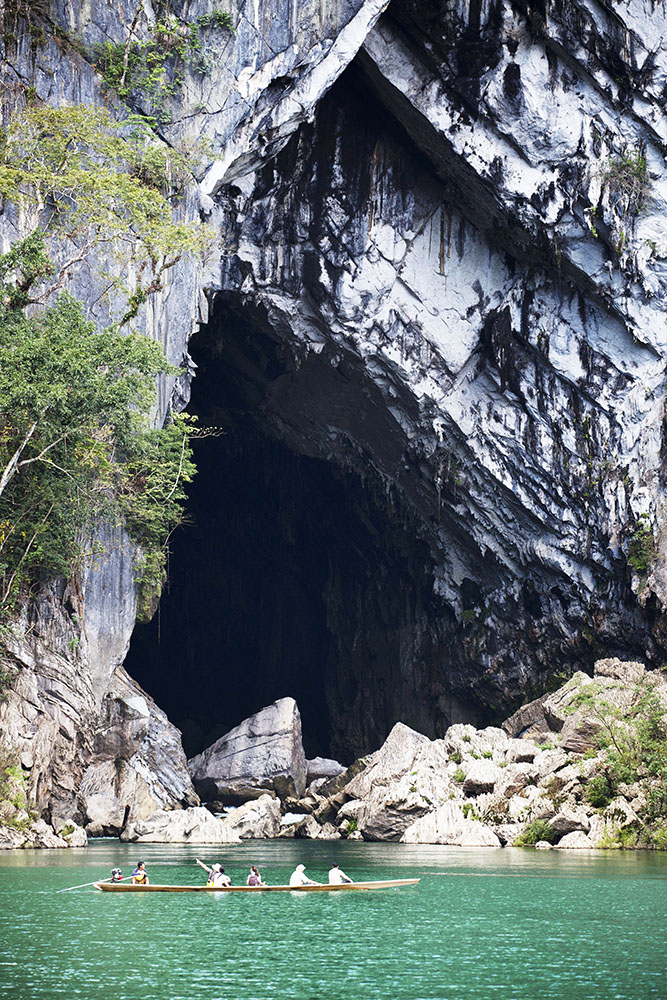 Hin Nam No National Protected Area is one of Lao’s most inaccessible protected areas. GIZ Hin Nam No has helped to set up co-management structures, which allow reliance on the skills and knowledge of local people to a large extent in order to ensure adequate management of the site in spite of the rugged terrain. This helps to address lack of knowledge, personnel and skills in protected area personnel.

As a starting point, the GIZ project team facilitated a governance assessment of Hin Nam No, based on the IUCN methodology. This participatory exercise gave ideas on the direction and strategic vision of the Hin Nam No by bringing various stakeholders together. A participatory zonation served to divide the park between the 19 surrounding “guardian villages” for assigning monitoring responsibilities, building on the knowledge and customary rights of local people. To address the urgent need for more manpower in monitoring and patrolling, 110 village rangers were trained in the use of GPS equipment and the recording of wildlife sightings. To formalize the work of the village rangers co-management agreements were formulated officially delegating management tasks to the villagers.