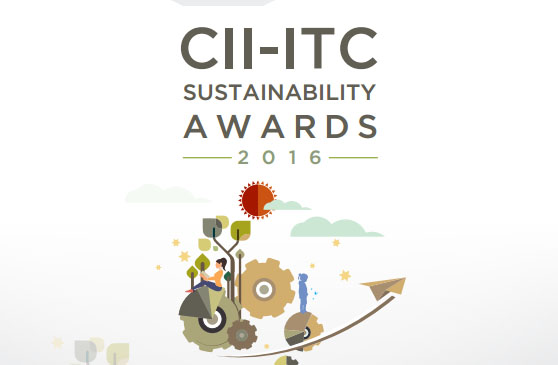 The Sustainability Awards, instituted by the CII-ITC Centre of Excellence for Sustainable Development in 2006, are for:

For the first time since the inception of the awards, Biodiversity has been featured as a separate domain which in itself is a major step forward. This year the award for biodiversity was bagged by TATA Power.

Tata Power, India’s largest integrated power company has been immensely committed to the cause of sustainable development and has undertaken various initiatives for conservation of nature. Tata Power’s biodiversity focus is a part of its environment policy. The company has a strong governance structure with the top management and SAC (sustainability advisory council) reviewing biodiversity conservation programme at regular intervals.

It has achieved outstanding results in Mahaseer Fish Conservation with its detailed scientific implementation work. Over 1000 ha of mangroves have been restored and catchment areas around Hydro reservoirs in northern Western Ghats have been preserved. The company communicates its policies, goals and results on biodiversity in its Sustainability Report. They have a designated Biodiversity champion both at Corporate and Plant Level and also creates awareness among employees on biodiversity.

In a decade of recognising sustainable businesses, CII-ITC sustainability Awards have become a symbol of credibility and pride for companies. Cumulatively, almost 600 businesses have applied of which 189 have been recognised. Limited numbers of applications are accepted to maintain strong competition and high standards of excellence.

Sustainability Excellence Assessment Model. The assessment is conducted over a period of six months by a pool of CII-certified Sustainability Assessors from diverse professional backgrounds that spend approximately 1,000 man-hours per-application. The results of each assessment are reviewed by a preeminent Jury, comprising of leaders from government, civil society and academia, at two stages before a final decision is taken.

Methodology is adapted from the internationally acclaimed European Foundation for Quality Management (EFQM) approach wherein equal weight is assigned to ‘Enablers’ and ‘Results,’ indicating a cause-effect relationship Assessment is based on around 250 indicators which cover 15 aspects of sustainability. The assessment has been made more comprehensive to include aspects such as Business Ethics, Employee Development, Human Rights, and Biodiversity.

India Business & Biodiversity Initiative (IBBI) serves as a national platform for businesses for dialogue sharing and learning, ultimately leading them to mainstream sustainable management of biodiversity into business operations.

In May 2014, IBBI was launched under the ISBM project. The initiative is hosted by the Confederation of Indian Industry (CII) and aims to lead the Indian businesses to:

The commitment of 26 signatory companies has granted IBBI a global recognition with India, and presently takes charge as a member of the Executive Committee of Global Partnership for Business and Biodiversity (GBPP), which is hosted by the Secretariat of UN Convention on Biological Diversity (CBD).