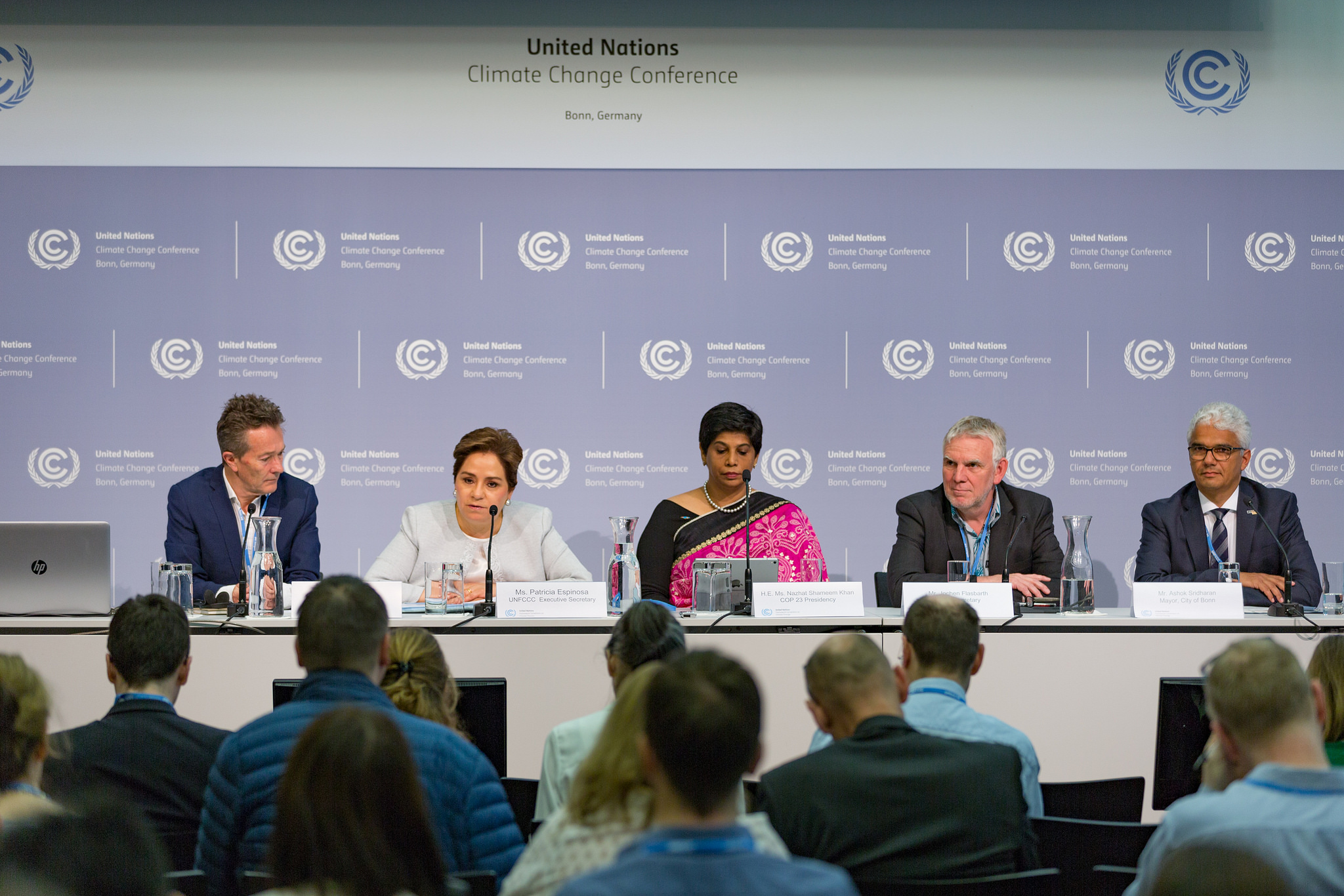 BONN, Germany, 6-18 November –Fiji assumed the presidency of the 23rd Conference of the Parties to the United Nations Framework Convention on Climate Change (COP23), the first small island developing state to have done so. It successfully brought to the attention of the 27,000 leaders of national governments, cities, states, business, investors, NGOs, and civil society who attended the conference the threats of climate change to the very lives and livelihoods of its people, in so doing, speaking on behalf of all small developing countries most affected by climate change.

COP23 took place a week after the World Meteorological Organization announced on 30 October that the levels of carbon dioxide in the atmosphere surged at “record-breaking speed” to new highs in 2016.

GIZ presented its tangible climate change mitigation measures from its projects all over the world. UNFCC Executive Secretary said in a GIZ interview that the role of development organizations like GIZ in implementing the Paris Agreement “is crucial for building new kinds of cooperation, derisking and catalyzing technologies like renewable energies, and getting green finance flowing.”

The GIZ-supported ASEAN Climate Resilience Network is particularly pleased that a decision was reached in the conference on how the agriculture sector can tackle climate change issues. The project supported the process by facilitating the formulation of the ASEAN Common Position in Agriculture. Read more.

⇒What agreements were reached at the conference? Read about them here and here.