Championing the SDGs: Contribution of TUEWAS and SNRD to Implementing the Agenda 2030 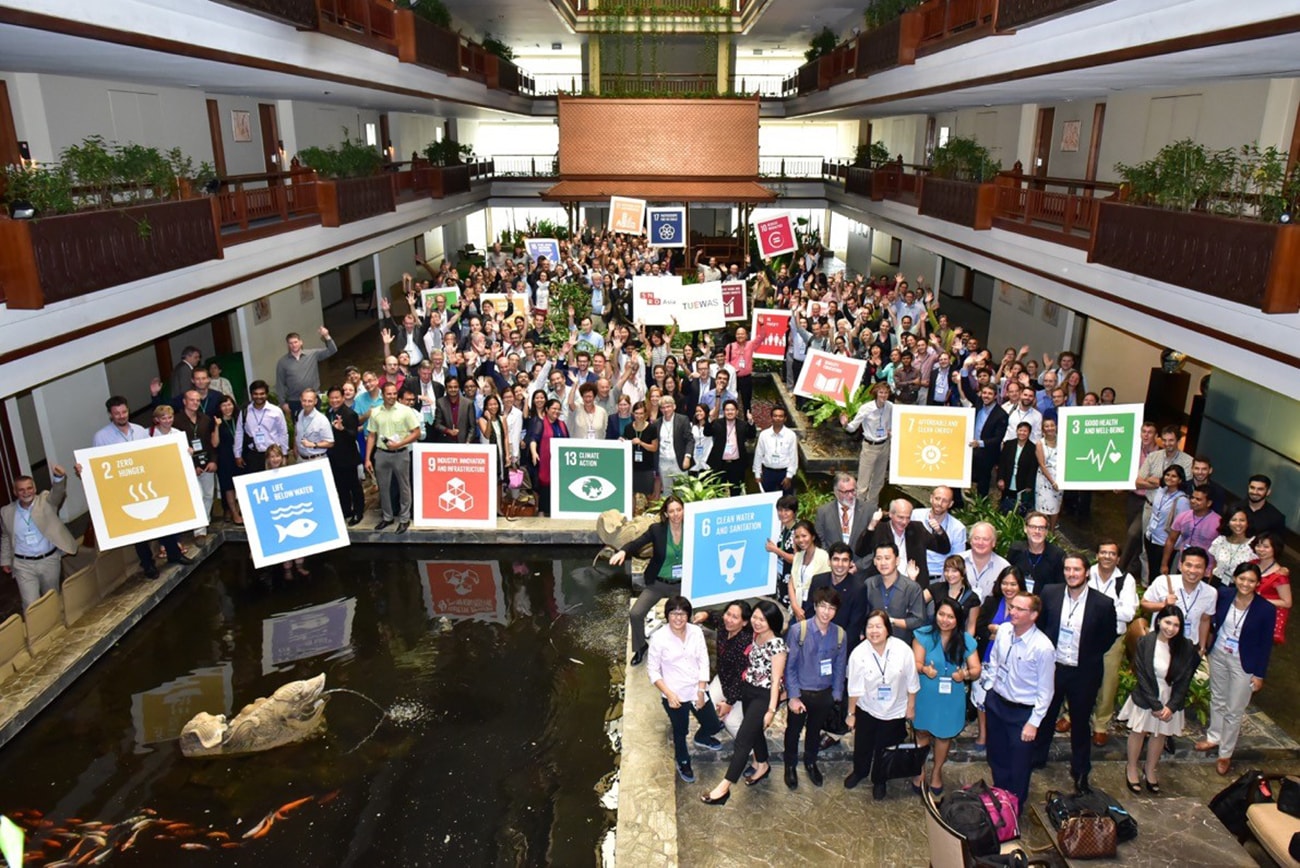 A historic gathering of one of the two largest Sector Networks — TUEWAS and SNRD Asia —
as they embraced the global agenda to end poverty, fight inequality and protect the environment.

Bangkok, 01 June 2016 – The key to the success of the 2030 Agenda for Sustainable Development is better joint implementation and linkages between local, regional, and national levels. This is the result of this year’s joint conference of two Sector Networks of Deutsche Gesellschaft für Internationale Zusammenarbeit (GIZ): TUEWAS (Transport, Environment, Energy and Water in Asia) and SNRD Asia (Natural Resources and Rural Development in Asia), which has led to a unanimous call for setting up a task force to work on the 2030 Agenda over the coming 15 years.

Recognizing the need for integrated approach in implementing the Sustainable Development Goals (SDGs), the two Sector Networks reaffirmed their commitments to working towards sharing best practices and aligning field implementations with the SDGs.

Bringing together more than 250 participants from 15 countries in Asia, the conference discusses how to create practical progress out of the historic adoption by heads of state and governments around the world of the global Agenda as a plan of action “for people, planet and prosperity”. The United Nations Sustainable Development Goals (SDGs) will play a crucial role in German development cooperation over the coming years. 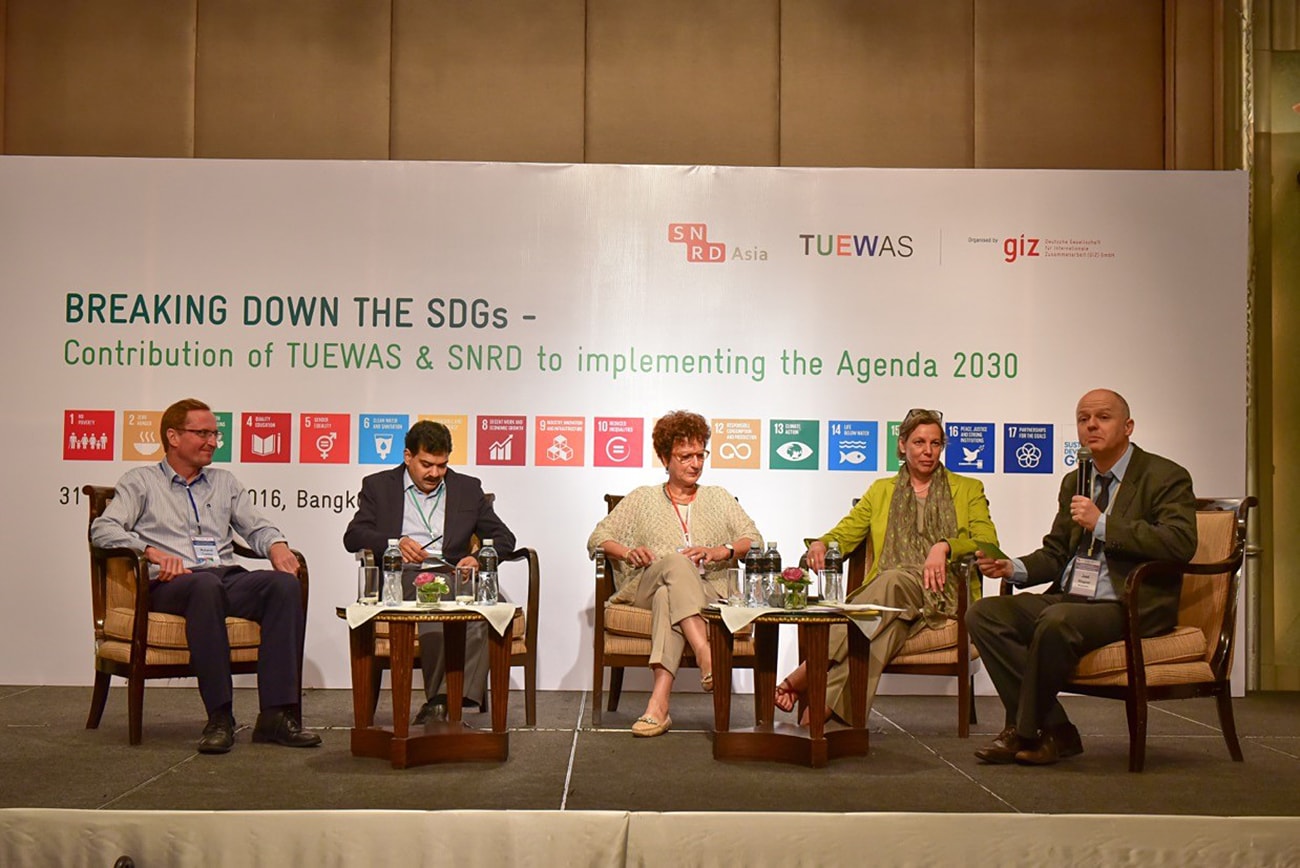 The panelists discussed and exchanged views with participants on the topic of “The SDGs — How to increase integrated thinking?”. 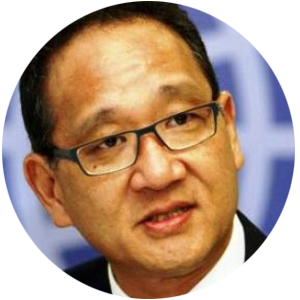 “the 2030 Agenda calls for urgent attention towards capacity development, including through south-south collaboration. This includes the need to enable countries to find and adapt the best policy options for sustainability. Tackling disasters is essential for reaching the several of the SDGs, including food security, infrastructure, cities and human settlements, climate change and ecosystems. Specifically, we have collaborated on strengthening early warning systems in countries including Cambodia, the Maldives, Myanmar, Pakistan, the Philippines and Sri Lanka and we recently expanded this partnership to also focus on transboundary river basin floods, flash floods and landslides.”

“Today, we have come together to discuss action for the success of the 2030 Agenda to enhance sustainable development and cooperation in the region. Two GIZ Sector Networks: TUEWAS (Transport, Environment, Energy and Water in Asia) and SNRD Asia (Natural Resources and Rural Development in Asia) are here in Bangkok to use this regional platform for in-depth knowledge exchange and discussions on the GIZ contributions to implementing the SDGs and the Paris agreement on climate change.” 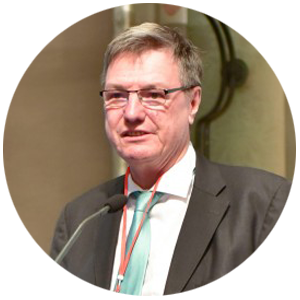 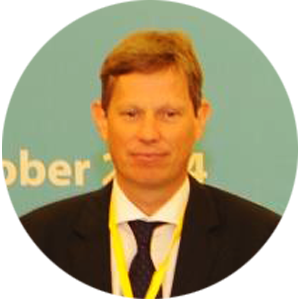 “This conference is a unique opportunity to create linkages between over 100 projects implemented by GIZ in Asia. Only with cross-sector linkages in place and clearly defined integrated approaches will we be able to fulfill the SDGs, and thereby eradicate poverty worldwide. I strongly believe that infrastructure and natural resources management projects implemented by GIZ can play a key role in this regard.”

“I am glad to announce that for the first time the two sector networks were able to joint forces and created a joint back to back Sector Network conference allowing us to pool resources and share knowledge across the two Sector Networks and at the same time making today’s event efficient and cost effective.”

The cross-boundary platform of two Sector Networks has allowed for networking and exchange of knowhow across different Working Groups, between national and international staff and people of different generations. We have employed various conference formats and set-ups such as a fire place talk to encourage staff interaction with GIZ management, a Gallery Walk as a space to showcase the work of 14 Working Groups, intensive working-in-group sessions up to ten parallel open spaces, wide-ranging thematic workshops which were selected and prepared by the participants themselves, a panel discussion, social event, among many others.

Well received by the majority of those who attended, the conference has proven that face-to-face meeting between members is still essential. To illustrate, the direct interaction and knowledge exchange among members has generated such positive energy and has led to the revival of the CCA WG, the upgrading of the TF Green Educations to a WG, developing of new virtual communities (ICT) and remarkably the initiation to develop a new Task Force on SDG.

Albeit rising inequalities, crises and challenges that plague the world today, GIZ remains ever more committed to work towards the realization of the Agenda 2030.

The Conference was hosted by GIZ TH Office and organized by TUEWAS and SNRD Asia Secretariats. 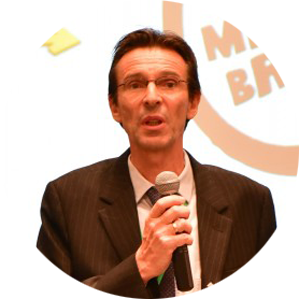