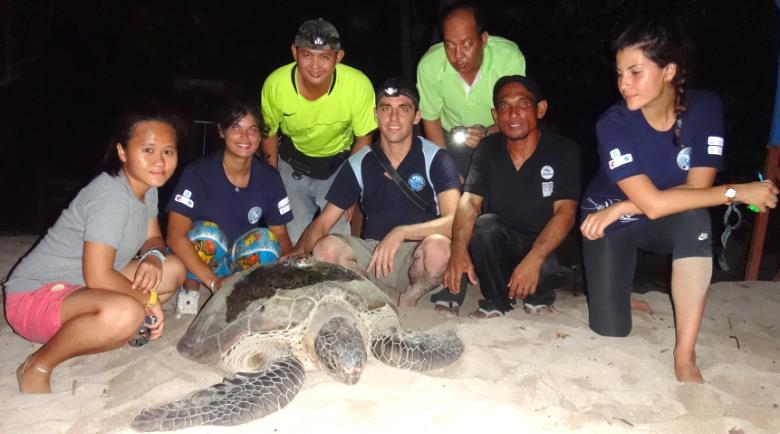 Marine turtles are integral components of the Sulu-Sulawesi marine ecosystems, and a priority conservation component of the Sulu-Sulawesi Seascape programme. Similarly, these are also a priority under the Indian Ocean and Southeast Asia Marine Turtle Memorandum of Understanding (IOSEA MoU), the Coral Triangle Initiative on Coral Reefs, Fisheries and Food Security Regional Plan of Action (CTI-CFF RPOA), and the Association of Southeast Asian Nations Sea Turtle Memorandum of Understanding (ASEAN Sea Turtle MoU). At the National level, sea turtles are completely protected in all three countries bordering the Sulu Sulawesi Marine Ecoregion (SSME).

Sea turtles are also identified as a priority in the regional plan of action of CTI-CFF Goal 5 on Threatened species, particularly regional action 3 on complete and implement region-wide sea turtles conservation action plan. This regional action will identify important measures to improve status of sea turtles focusing on multilateral elements such as life-cycle stage requirements, and migratory patterns.

The network shall comprise of various MPAs from the three SSME countries dedicated for the protection of sea turtles. 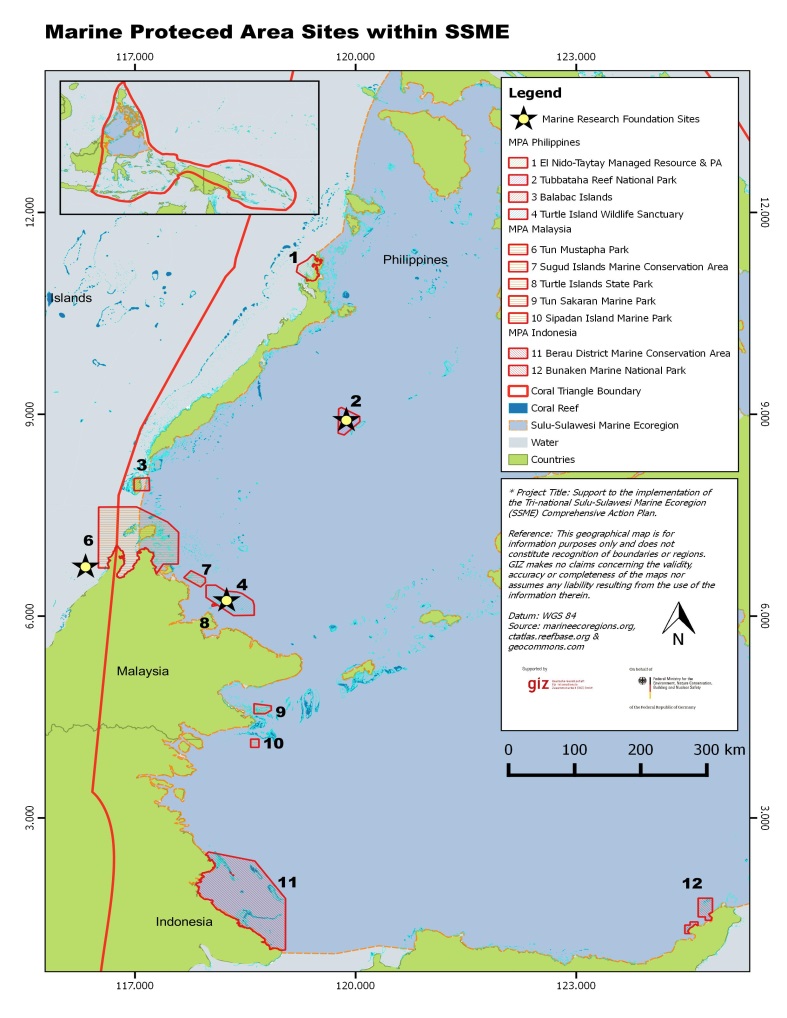 Specifically, the Project aims to provide scientific evidence for the possible expansion of the pre-identified Tri-National sea turtle corridor. MRF works closely with the governments of the Malaysia and Philippines to conduct laparoscopy, satellite tracking and aerial surveys of known important turtle areas for foraging and nesting.

O Aerial surveys help identify the migration paths of sea turtles and establish linkages between foraging and nesting populations within the SSME.

Highlights of the Research

Laparoscopy in Mantanani (MY)

Laparoscopy in Mantanani Island, north-west coast of Sabah, suggests that green turtles settle in the area for a several years based on the growth rates and intervals between initial capture and subsequent recapture. Results can appraise national agencies (Sabah Parks) on the long-term impacts of certain management interventions, e.g. hatcheries.

ground for green sea turtles. Residence periods were calculated for the recaptured turtles and suggested that female turtles may spend up to an average of 13-14 years at the reefs, while male turtles spend shorter periods of only 8 years.

The aerial surveys have demonstrated the ability to detect turtle presence and shifts in concentrations across time, and to link these to fishery pressure, e.g. enforcement agencies in Palawan may look into the fishery and green sea turtle overlap in the Spring/Summer in Taytay (north of Palawan), and address this possibly through time-area closures, gear restrictions, or combinations thereof. Other notable observations were leatherbacks sighted near large number of purse seine vessels and long-line vessels fishing off the NE coast of Palawan.

The project has recently deployed all twenty (20) units of satellite transmitters. For more details, information can be accessed at http://www.seaturtle.org/tracking/index.shtml?project_id=1114 for the list of all the turtles, and an overall project map. It also shows the progress of the turtles as it wanders off from TIHPA.

Marine Research Foundation (MRF) is a non-profit research foundation based in Sabah conducting a transboundary research on the sea turtle corridor within the Sulu Sulawesi region.