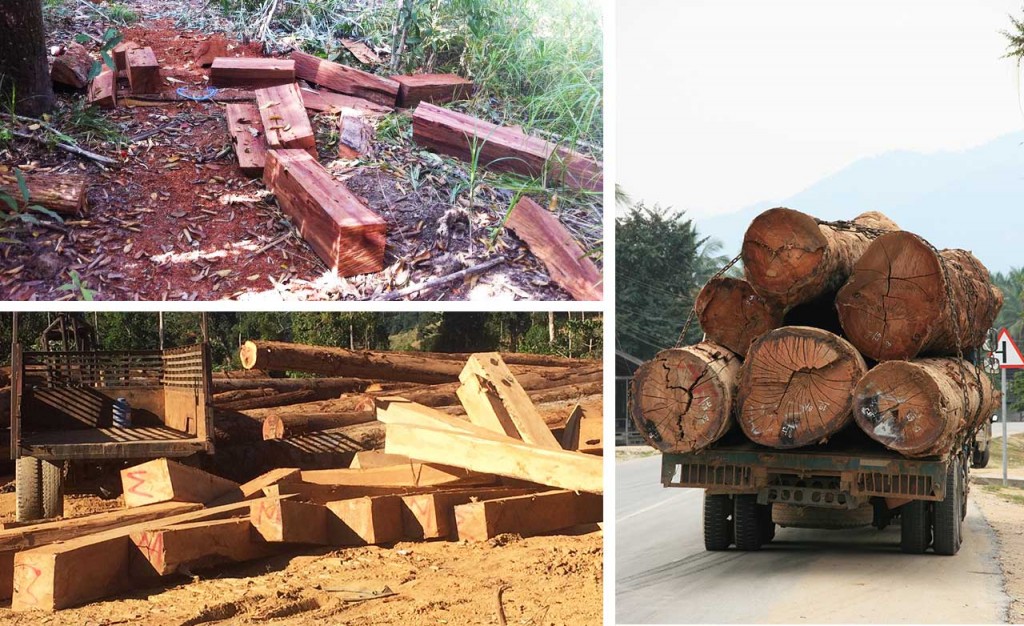 The new Lao government, which has been in office since the beginning of 2016, is increasingly opposed to illegal logging and timber exports.

An analysis of Chinese and Vietnamese customs data shows that the timber exports to both countries increased by 70% between 2012 and 2014 and reached around 1,600,000 m3 (round timber equivalents) in 2014. For this period, customs data show that Viet Nam and China officially import at least five times more wood from Laos than Laos officially exported to both countries. On the other hand, the official logging quota of the Lao government in recent years has been as high as 350,000[1] m3. Therefore there is a great risk that the difference between export and import is most likely wood from illegal sources. 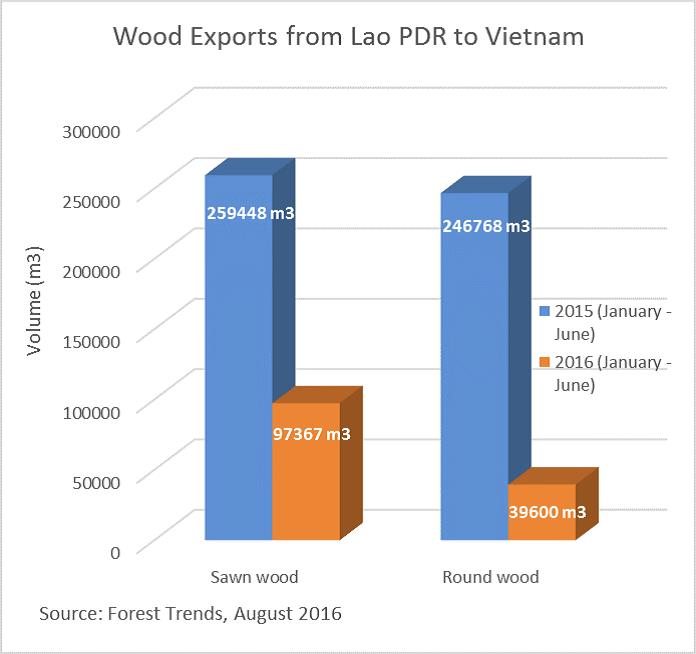 At the same time, the Laotian wood-processing industry was suffering from a lack of wood and is therefore only partially occupied.

In the last few years, the Lao government has repeatedly tried to stop illegal logging and the export of unprocessed timber. The last initiative to do so in August 2015 (Notice of Government Office, No. 1360 / GO) has – like other initiatives – been implemented with only limited effectiveness.

In the first months of its term, the new government has already stepped up its efforts to effectively limit illegal timber exports, e.g in Khammouane province through the following measures:

Public authorities can increasingly rely on government staff trained by the technical cooperation project to support the Laotian EU-FLEGT process (ProFLEGT, Forest Law Enforcement Governance and Trade), as well as procedures such as timber-flow monitoring, which are developed and implemented in close  cooperation between GIZ and its government partners. 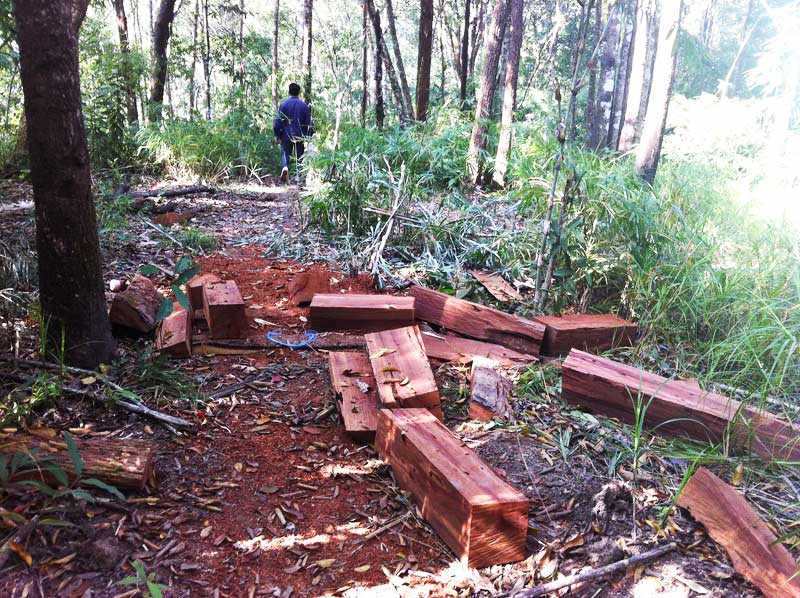 In May 2016, the new Prime Minister of Lao PDR, Thongloun Sisoulith, issued a statement (Prime Minister Order No. 15), according to which only finished wood products may be exported and the export of round and sawn timber as well as semi-finished products are prohibited. In addition, project developers and construction companies are prohibited from using any timber harvesting in infrastructure development projects in order to prevent the current practice that companies are paid through timber quota.

Government partners, who are closely involved in the FLEGT process, have prepared the instruction and are part of the Task Force to enforce the instruction. Members of the Task Force have started the implementation of the instruction in the provinces which are considered as hotspots for illegal timber harvesting and trading such as Savannakhet, Khammoune, Attapeu, Bolikhamsay, Saravane and Sekong. As anecdotally known, various government representatives at provincial level have lost their positions or being removed, for example the heads of several border crossings.

Over the last few months, the new government has been addressing the issue of illegal logging through the media, more proactively and openly. In an article[2] it is suggested that the public can play the role of watchdogs in order to uncover illegal logging.

The article also stated that “the government needs to make use of social media as a campaigning tool by creating a Facebook page where citizens can report suspected illegal activities and public officials can use this information for their investigation.”

In fact, Prime Minister Thongloun Sisoulith has called to post relevant information on his Facebook page, which is happening intensively.

The latest government measures seem to have an impact. Round wood exports to Vietnam fell by 84% in the first six months of this year (compared to the first six months of 2015)[3]. For sawn timber, the decline was 62.5% (see figure 1). The first reports of the Task Forces’ investigations from provinces such as Attapeu show that for more than 80% of the recorded logs, no auctions have taken place contrary to the statutory requirements and therefore, the state has not been able to record any corresponding revenues from logging fees. 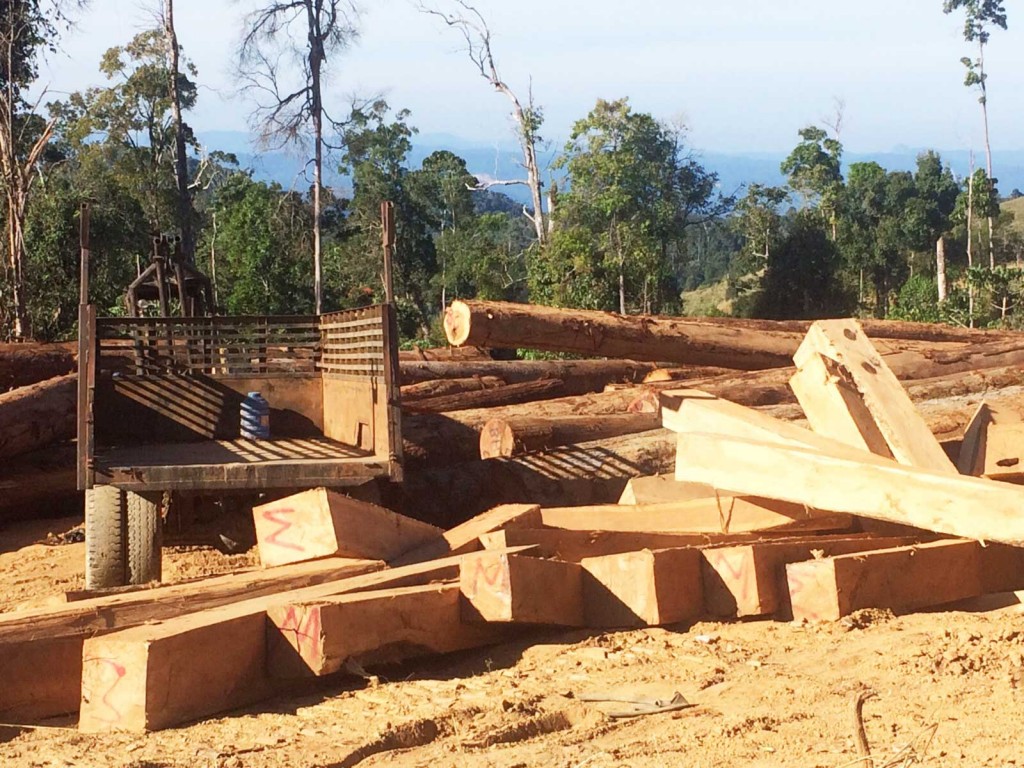 At the same time, timber stocks within Laos have risen up to 350,000m3 and are now ready for the value added by the domestic wood-processing industry.

The demand for (illegal) timber from neighboring countries is a key driver of deforestation and forest degradation in Laos. If the Lao authorities are able to stop this demand in the long term, this would be a decisive step towards the preservation of natural forests in Lao PDR.

In the course of time, however, it remains to be seen whether the government’s efforts to combat illegal timber trade are long-term or whether the current measures are short-term politicking. Decisive for the government’s initiative to be effective in the long term is the implementation of several key measures:

[1] Report of the Department of Forestry, Ministry of Agriculture and Forestry