The “Negros Occidental Coastal Wetlands Conservation Area” (NOCWCA)
of the Philippines has been declared as the 7th Ramsar site.
Ramsar Convention delegates, national executives of DENR,
and provincial government officials led the inauguration of NOCWCA. 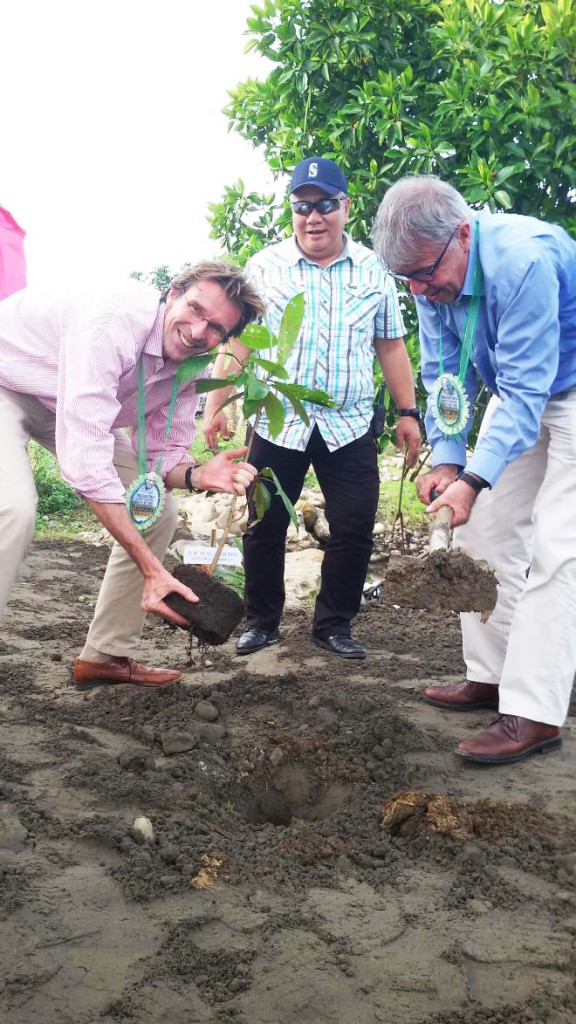 Mr. Berthold Schirm of GIZ-PAME Project Director and Dr. Berthold Siebert of ACB-GIZ-Institutional Strengthening of Biodiversity Project planted a tree along NOCWCA to signify their commitment and support to the new RAMSAR site’s conservation efforts.

The NOCWCA has a contiguous coastline of more than 109 kilometers, 90.000ha covering 52 coastal barangays within three cities and seven municipalities. The wetlands are the source of livelihood for many coastal residents and fishermen who depend on the daily catch of shellfishes. NOCWCA is known for its rich and bio-diverse coastal resources, particularly, mangroves, shellfishes including economically important species such as oysters, green mussels, angel wings shells, shrimps and crabs.

At least three species of the globally threatened marine turtles namely the Hawksbill sea turtle (critically endangered), green sea turtle (endangered) and the Olive Ridley turtle (vulnerable) inhabit the coastal areas along with the Irrawaddy dolphin (vulnerable). The NOCWCA is also a haven for at least 73 species of water birds.

NOCWCA has a wide plot covered with mangrove species that serves as buffer during monsoon, protection from erosive forces, stabilizes the shoreline, and serve as feeding and roosting for marine and coastal wildlife.

The declaration of NOCWCA as the newest Ramsar site in the country is also seen to boost the province’s tourism industry. 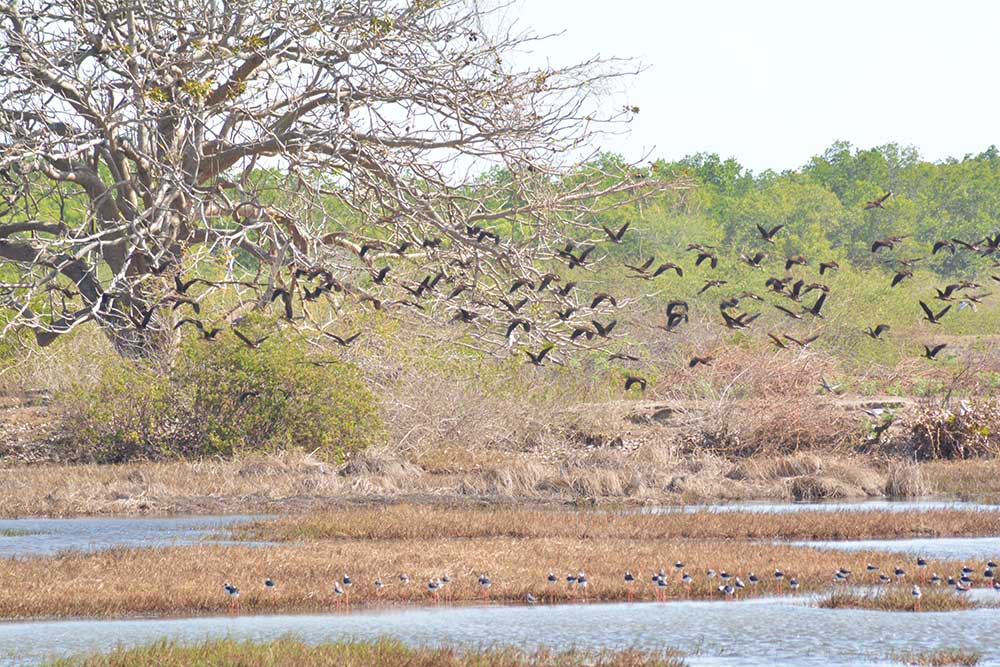 One of the pressing threats surrounding the site is the conversion of wetlands and mangrove forests into commercial areas, aquaculture areas (fish and shell farming) and residential areas. The growing population also poses threat of pollution, toxic and non-toxic pollutants from industrial waste (e.g. sugar cane mills) and coliform contamination along the estuaries and wetlands. Overfishing and illegal fishing also exist in the municipal waters along NOCWCA which threatens biodiversity and livelihood of local communities.

The Ramsar Convention on Wetlands is an intergovernmental treaty that emphasizes the conservation and sustainable use of wetlands primarily as habitat for wildlife and as source of livelihood for many people.

For many years, the Protected Area Management Enhancement (PAME) has been supporting its partners in the Negros Island Region in the conservation of the wetland. PAME worked closely with the Department of Environment and Natural Resources (DENR) Negros Island Region (NIR) and 10 coastal municipalities and cities of Negros Occidental Province together with the Provincial Government of Negros Occidental through the Provincial Environment Management Office (PEMO) for the establishment of local conservation areas and finalize their management plans, as part of the Ramsar requirements.

“I am very proud and happy that finally the NOCWCA has been recognized internationally. This important declaration will then result to awareness and advocacy on protecting its coastal wetlands known for rich and diverse resources. The GIZ-PAME Project is celebrating with our partners in NIR for this momentous event”, said Mr. Berthold Schirm, Project Director of GIZ-Protected Area Management Enhancement (PAME) Project.

The Ramsar declaration has also drawn the attention of Dr. Berthold Seibert of the GIZ ACB – Institutional Strengthening of Biodiversity Project. According to him, the new Ramsar site can be an interesting addition to the growing list of ASEAN Heritage Parks (AHPs). 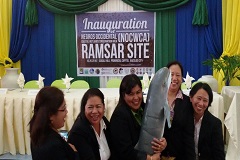 PAME is committed to support the Philippine Government in implementing the Convention on Biological Diversity (CBD). It contributes to the Strategic Plan for Biodiversity 2011-2020 and the Aichi Targets, in particularly Aichi Target 11 on the increase and improvement of protected areas, by cooperating with local partners to improve the legal framework for protecting and managing designated protected zones in marine and terrestrial ‘key biodiversity areas’. These areas are of particular international significance in conserving biodiversity. The project enhances the protected area management capacity of the DENR through training measures and workshops for sharing experience. It is cooperating closely with local communities and giving particular consideration to the concerns of women and indigenous populations.