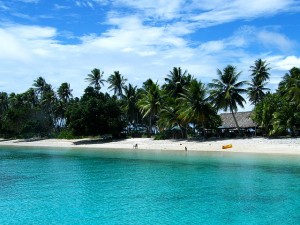 28 February 2017: The Republic of the Marshall Islands became the first country to ratify the Kigali Amendment to the Montreal Protocol to phase down the production and use of greenhouse gases (GHGs) known as hydrofluorocarbons (HFCs). The Republic’s parliament, the Nitijela, approved ratification on 28 February 2017, and Foreign Affairs Minister John Silk said he will ask the Marshall Islands’ Permanent Mission to the UN to deposit the instrument of ratification as soon as possible.

After the ratification vote, President Hilda Heine urged other nations to follow suit as soon as possible, in order to minimize global temperature rise: “Our rapid ratification of the Kigali Amendment is yet another demonstration of our commitment to the Paris Agreement. We now need others to quickly do the same in order to help keep global temperature increases within 1.5°C. This deal is good for our people, the planet, and the profits of those that follow in our footsteps.”

‘’We need others to quickly do the same in order to help keep global temperature increases within 1.5°C,
said Marshall Islands President Hilda Heine.’’

Mattlan Zackhras, Minister-in-Assistance to the President and convener of the High Ambition Coalition, a coalition of developed and developing countries that emerged at the Paris Climate Change Conference and which also pushed for an ambitious Kigali Amendment, said that the Marshall Islands and its Coalition allies will work hard this year to ensure the Amendment comes into effect as soon as possible.

The Republic of the Marshall Islands was the first small island developing State (SIDS) to submit its intended post-2020 GHG emissions reduction target during 2014, and one of the first to submit its intended national determined contribution (INDC) ahead of the adoption of the Paris Agreement on climate change in 2015. It was also the first country to deposit its instrument of ratification of the Agreement during the special signing ceremony at UN Headquarters in April 2016.

The Kigali Amendment was agreed at the 28th Meeting of the Parties to the Montreal Protocol (MOP 28), which took place from 10-14 October 2016, in Kigali, Rwanda. The Amendment contains HFC phase-down schedules for both developed and developing countries, with a view to cut HFC production and use by over 80% within 30 years.