The Kailash Sacred Landscape Conservation and Development Initiative’s (KSLCDI) efforts in encouraging the use of picture series as an adult education tool have been receiving positive reviews from community members and other involved stakeholders on the ground. 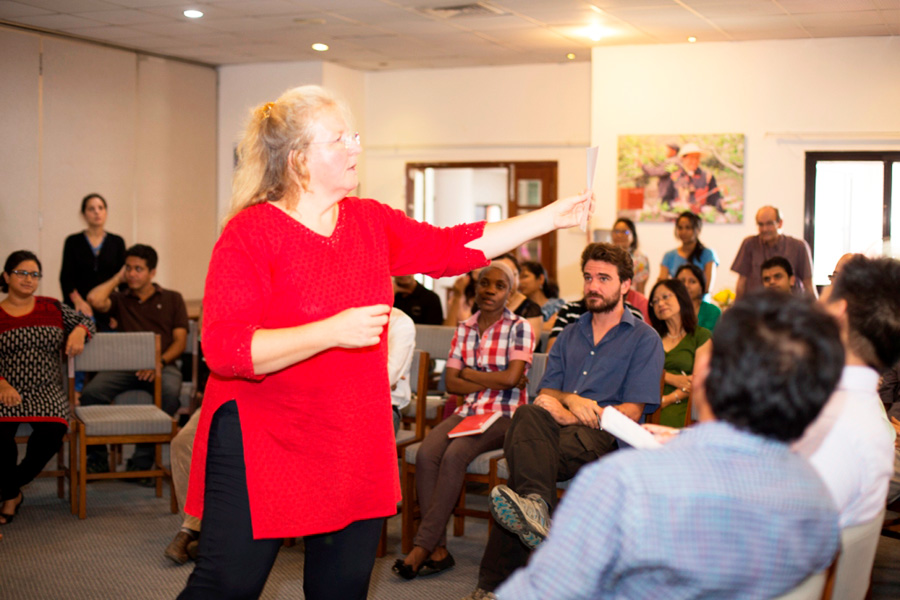 In the past year, the Kailash Initiative implemented by the International Centre for Integrated Mountain Development (ICIMOD) with the support of GIZ, commissioned by the German Federal Ministry for Economic Cooperation and Development (BMZ), has published seven picture series. These have been used extensively, finding success in various parts of the Kailash Sacred Landscape (KSL), across China, India, and Nepal, but also beyond by getting local community members to think critically and discuss their ideas, opinions and reasoning with each other.

“I now understand why it is important to cause as little damage as possible to yarshagumba collection sites,” says a member of Khar village VDC, Darchula district, Nepal, “We still want to be harvesting yarshagumba in five years’ time.”

In spring 2016 he had attended an awareness session on the management of yarshagumba, also known as the caterpillar fungus which constitutes an important source of income for people living in the alpine grasslands of Bhutan, China, India and Nepal. The Kailash Initiative’s Yarshagumba Management picture series was an integral part of the session. 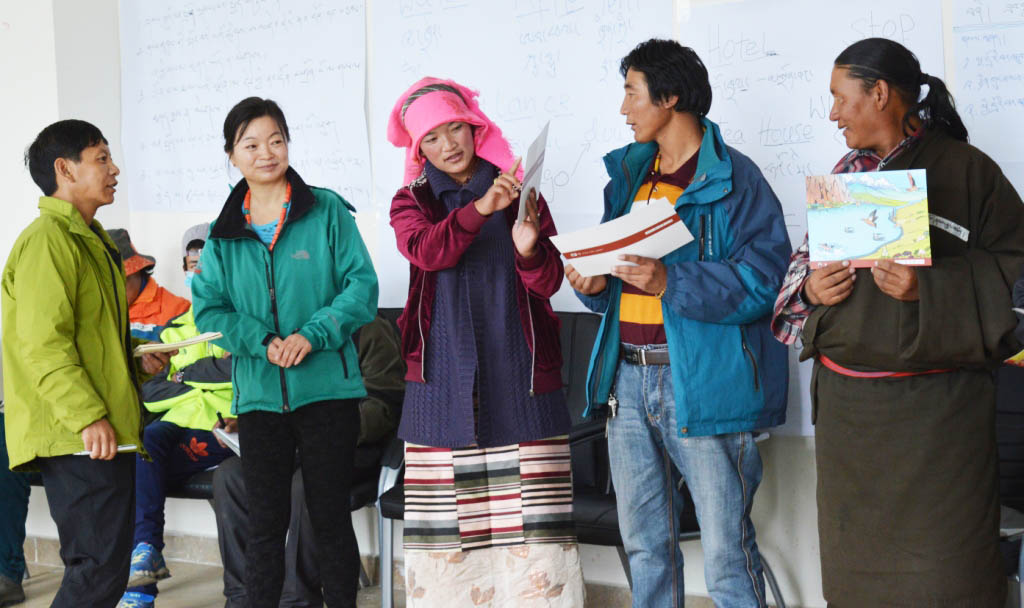 A tool for adult education
As a tool for inclusive and participatory adult education, pictures series sensitize local community members and other relevant stakeholders on topics that directly affect their livelihoods, health and everyday lives. Non-scientific language, clear messages and meaningful pictures not only allow users to introduce complicated and multi-layered topics to local populations, but also to steer the thought processes of community members, and to encourage them to discuss possible issues and actively tackle them.

The tool aims to imbibe in community members many of whom might have received very little formal education an understanding of the technical and social aspects of a chosen topic. Picture series reach out to participants from all social and economic backgrounds. With equal integration of all ages and both genders, picture series can be very inclusive as a tool. 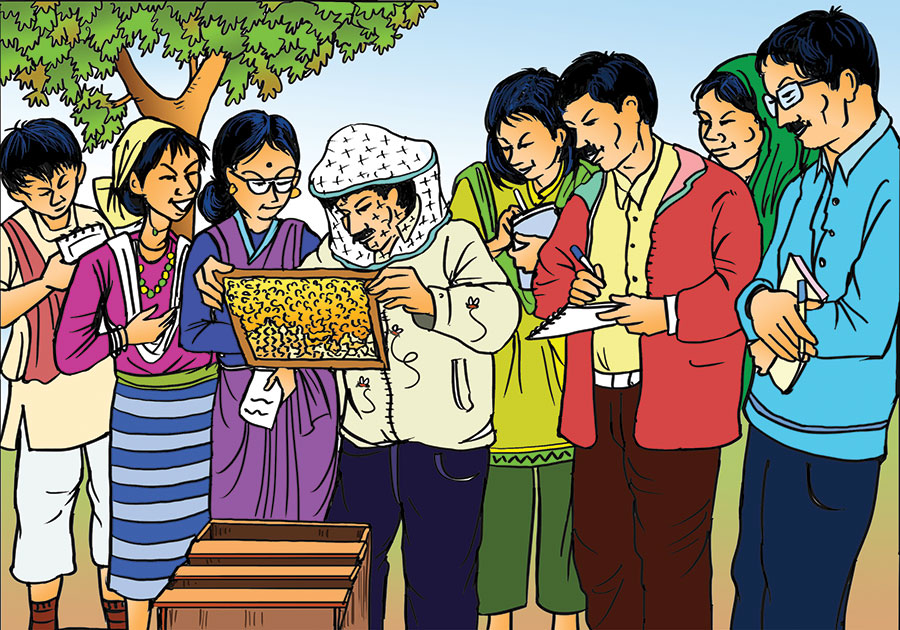 Impacts in the field
The creation of a common knowledge base among participants is one of the underlying targets of picture series sessions. Such sessions allow community members and other participants to comprehend connections, to identify present problems, and to come up with possible solutions leading ultimately to a shared vision for the chosen topic. This not only builds participants’ self-confidence, but also motivates community members who contribute voluntarily to more actively engage in activities and become more proactive in working for a better future for their respective communities. By helping local people become agents of change, pictures series can influence their everyday lives, livelihoods and health for the better.

Janita Gurung, biodiversity and conservation management specialist at ICIMOD attests the effectiveness of picture series in helping community members better understand concepts, and use the knowledge gained to help themselves and their community. “During an allo value chain climate proofing workshop we organized in 2016, the related picture series enabled us to interact with participants in a simple, flexible and effective manner,” she said. “Value chain climate proofing is a very theoretical approach, but by using pictures it was easy for us to discuss with community members how climate change is affecting the production of allo.”