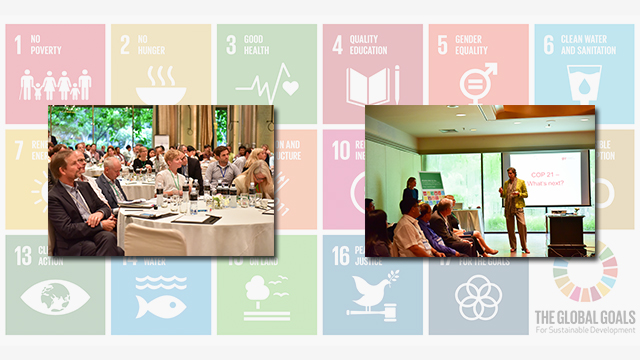 The GIZ Protected Area Management Enhancement (PAME) project in the Philippines with its partner, the Department of Environment and Natural Resources Biodiversity Management Bureau (DENR-BMB), celebrated the International Biodiversity Day last May 22, 2016 by sponsoring the Selfie for Biodiversity and Livelihood photo contest. A nationwide contest was announced to take a selfie/groupie and share their stories in protecting and conserving biodiversity. The winners were awarded during the first day of the bureau’s 3-day celebration, starting on May 20, 2016, where GIZ also held a 3-day exhibit at the DENR-BMB Training Center.

This is the third year wherein GIZ-PAME has partnered with DENR-BMB for this initiative and this will be sustained by the bureau in the years to come, to continuously promote the importance of biodiversity among the youth, through social media.

“We are supporting the DENR-BMB again in getting simple commitments from everyone through the Selfie for Biodiversity photo contest. Biodiversity and livelihood are intertwined, and we want the photos to inspire others to appreciate this interconnectedness and how we all cannot get by without it,” said Berthold Schirm, GIZ Protected Area Management Enhancement (GIZ-PAME) Project Director.

Also as part of the celebration for the International Day for Biodiversity, GIZ-PAME launched its webpage (http://pame.bmb.gov.ph/)  with its DENR-BMB partners:

Local rockstar icon Raymond Marasigan became one of the ambassadors for the #selfieforbiodiversity photo contest and promoted this to his followers on Instagram, Facebook and Twitter. 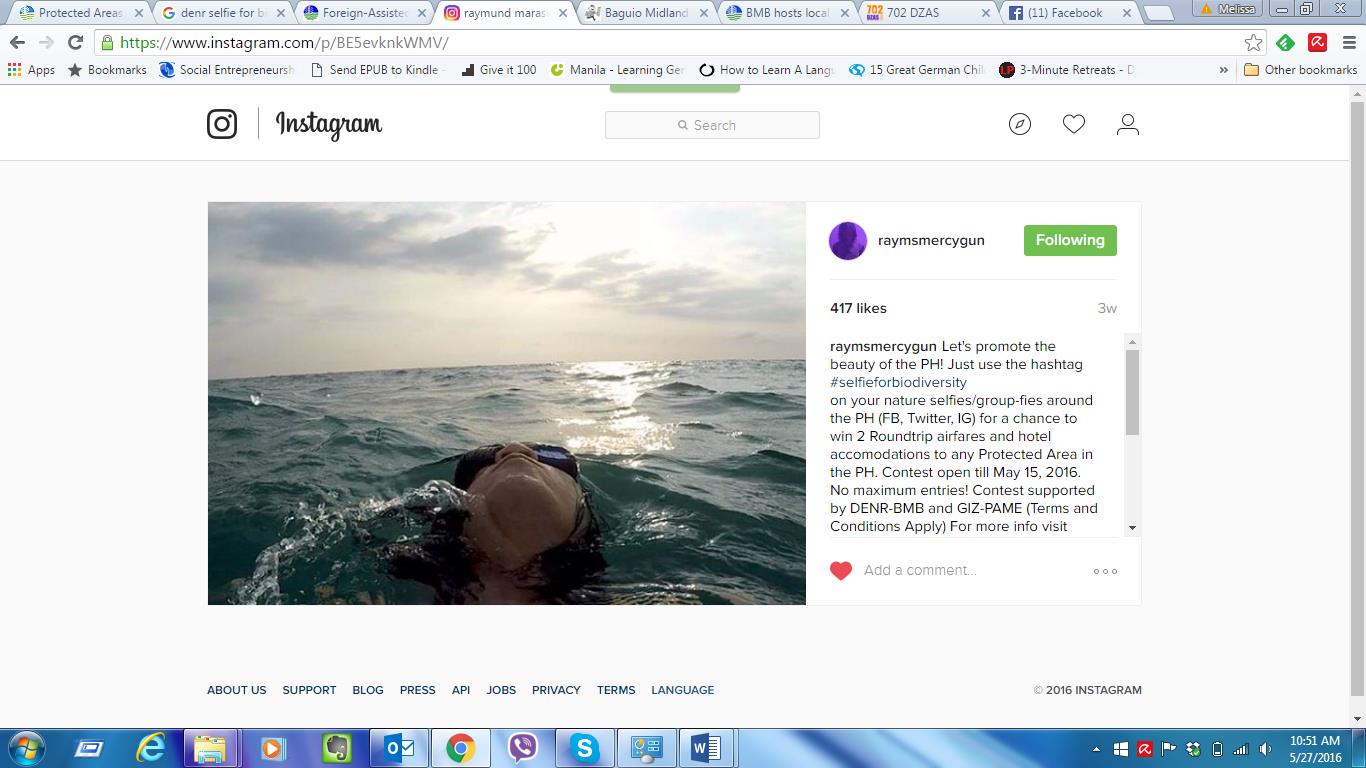 Aside from social media, Mr. Berthold Schirm was also invited to promote the #selfieforbiodiversity contest at one of the local radio stations in Metro Manila, 702 DZAS, a station that has received the  Golden Dove Award for “Best Noncommercial Station in Metro Manila” by the Kapisanan ng mga Brodkaster ng Pilipinas. 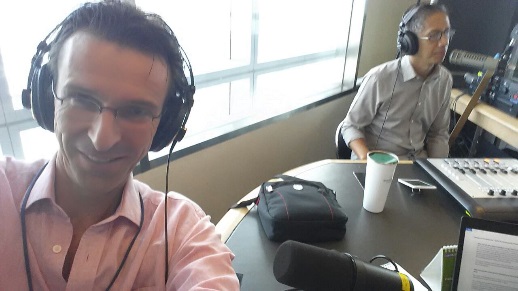 GIZ PAME received over 400 entries for the contest, and, due to the overwhelming number of “non-selfie entries” that were received, GIZ PAME gave due recognition and awarded a Non-Selfie winner and had 8 finalists with (highest scores for non-selfie photos) some small prizes from the DENR-GIZ-PAME Selfie for Biodiversity Organizing Team. 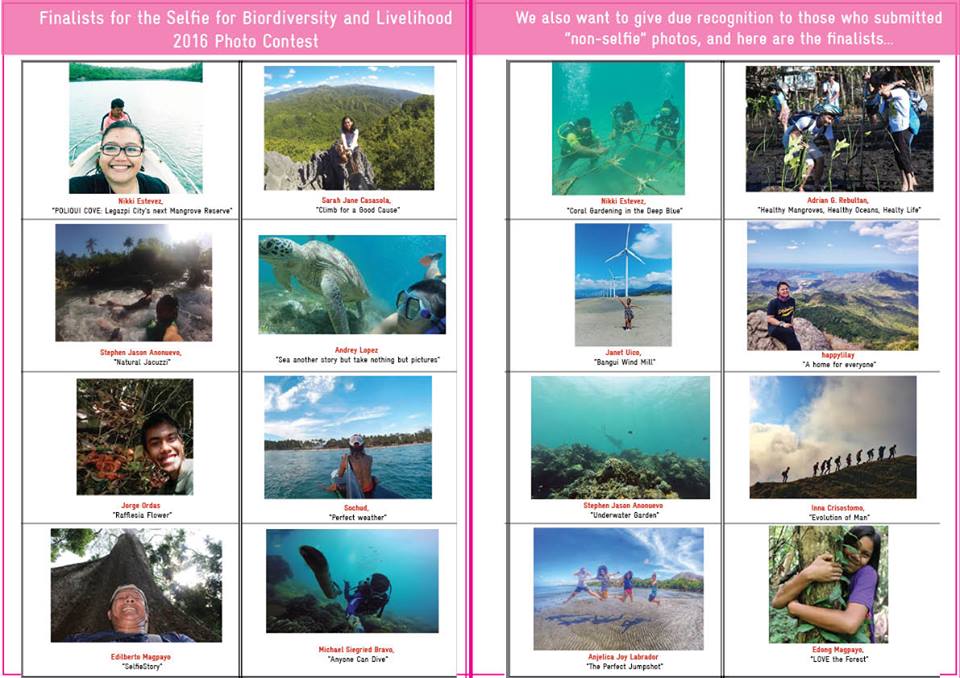 This year’s Selfie for Biodiversity contest is supported as well by the ASEAN Centre for Biodiversity (ACB), an intergovernmental organization that facilitates coordination and cooperation among the ten ASEAN Member States in conserving and protecting the rich biodiversity of the region.

GIZ and ACB remain committed to help the Philippine Government educate the public on the need to be more proactive in protecting the environment and its rich biodiversity.

“Through the Selfie for Biodiversity contest, we will take you to one of the 37 ASEAN Heritage Parks (AHPs) in the ASEAN Region so that you can enjoy the beauty of nature while learning how an AHP conserves and protects its biological resources,” said Atty. Roberto V. Oliva, ACB Executive Director.

“AHPs are protected areas of high conservation importance, preserving a complete spectrum of representative ecosystems of the ASEAN region. Simply put, these are the best of the best protected areas in the ASEAN in terms of biodiversity richness,” added Oliva. 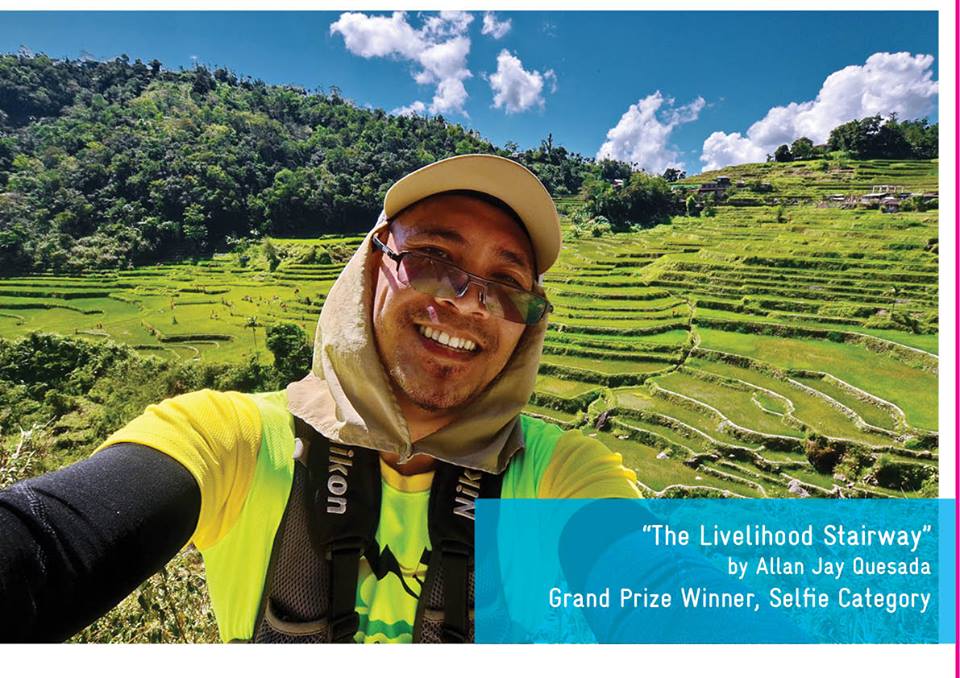 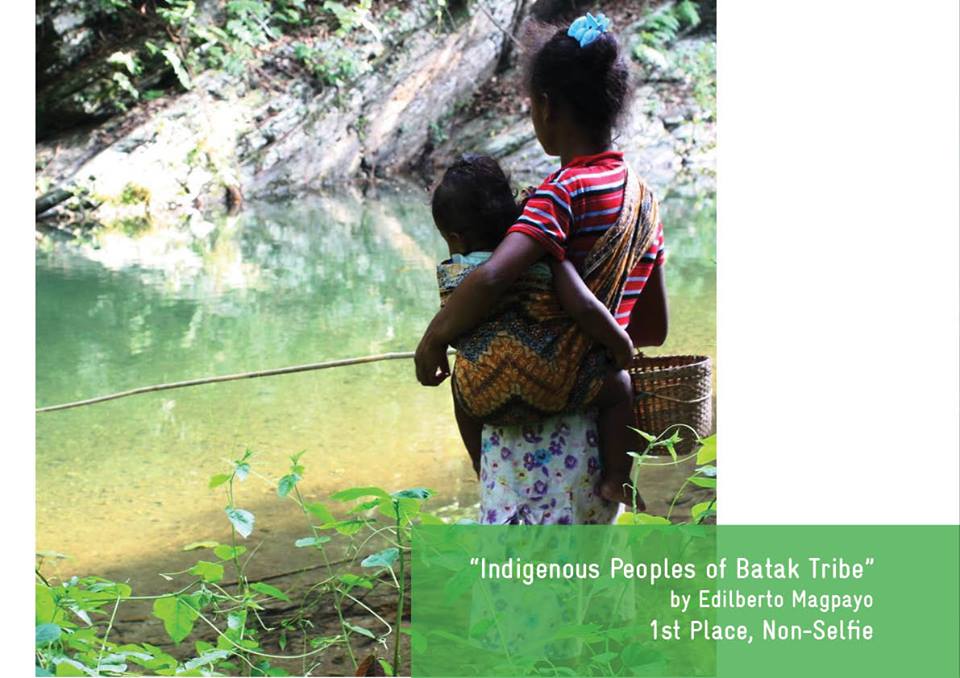 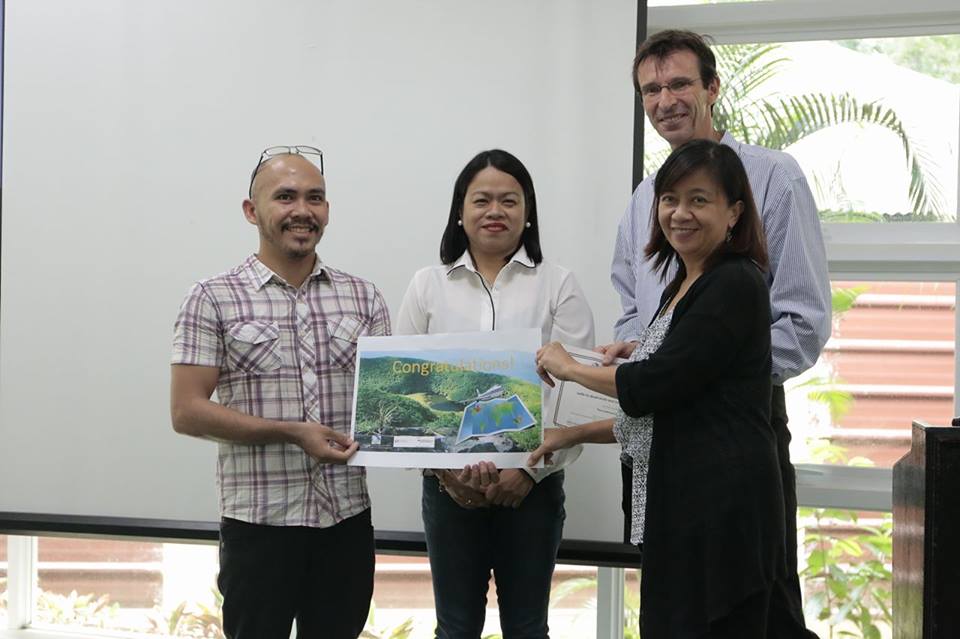 The #selfieforbiodiversity photo contest can serve as a learning experience on how biodiversity issues and caring for our environment can be mainstreamed to our youth through social media, which is fast becoming one of the most cost-effective methods of getting our messages across.

This contest reminds us all to take action and become an active and a responsible citizen of the world.