– Breaking down the SDGs –

Contributing to Implementing the Agenda 2030

Bangkok, 01 June 2016 – The key to the success of the 2030 Agenda for Sustainable Development is better joint implementation and linkages between local, regional, and national levels. This is the result of this year’s joint conference of two Sector Networks of Deutsche Gesellschaft für Internationale Zusammenarbeit (GIZ): TUEWAS (Transport, Environment, Energy and Water in Asia) and SNRD Asia (Natural Resources and Rural Development in Asia). The conference discusses how to create practical progress out of the historic adoption by heads of state and governments around the world of the global Agenda as a plan of action “for people, planet and prosperity”. The United Nations Sustainable Development Goals (SDGs) will play a crucial role in German development cooperation over the coming years. 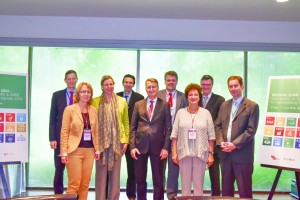 On this occasion, over 250 national and international GIZ experts from all over Asia gather from 31 May – 2 June 2016 in Bangkok to discuss technical priority areas linking to the SDGs and what these goals mean for the GIZ projects in Asia that are part of the Sector Networks.

During his keynote speech, Dr. Hongjoo Hahm, Deputy Executive Secretary of UNESCAP, stated, “the 2030 Agenda calls for urgent attention towards capacity development, including through south-south collaboration. This includes the need to enable countries to find and adapt the best policy options for sustainability. Tackling disasters is essential for reaching the several of the SDGs, including food security, infrastructure, cities and human settlements, climate change and ecosystems. Specifically, we have collaborated on strengthening early warning systems in countries including Cambodia, the Maldives, Myanmar, Pakistan, the Philippines and Sri Lanka and we recently expanded this partnership to also focus on transboundary river basin floods, flash floods and landslides.”

“In 2015 alone, floods caused more than US$ 11 billion in economic damage, much of which can be attributed to large-scale transboundary floods. Strengthening floods early warning is therefore a high development priority in the region, which is being addressed jointly by UNESCAP and GIZ. We look forward to continued and fruitful collaboration.”

Mr. Stefan Helming, GIZ Country Director Thailand and Malaysia, said “The global SDGs bind the United Nations and the governments of its 193 member states in the North and the South to implement better policies for the benefit of the people and the planet. GIZ is proud to support implementation and make things happen across Asia. We are working not only on integrating the SDGs into national policy frameworks and plans, but also on generating and sharing new ideas, knowledge, and technologies.”

“Today, we have come together to discuss action for the success of the 2030 Agenda to enhance sustainable development and cooperation in the region. Two GIZ Sector Networks: TUEWAS (Transport, Environment, Energy and Water in Asia) and SNRD Asia (Natural Resources and Rural Development in Asia) are here in Bangkok to use this regional platform for in-depth knowledge exchange and discussions on the GIZ contributions to implementing the SDGs and the Paris agreement on climate change.” 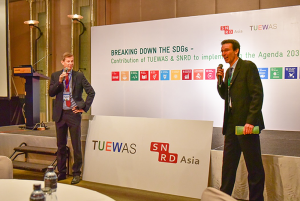 In the official opening remarks, Dr. Philipp Magiera, TUEWAS Spokesperson, stated, “This conference is a unique opportunity to create linkages between over 100 projects implemented by GIZ in Asia. Only with cross-sector linkages in place and clearly defined integrated approaches will we be able to fulfill the SDGs, and thereby eradicate poverty worldwide. I strongly believe that infrastructure and natural resources management projects implemented by GIZ can play a key role in this regard.”

Mr. Berthold Schirm, SNRD Asia Spokespersons, during his opening address, affirmed “I am glad to announce that for the first time the two sector networks were able to joint forces and created a joint back to back Sector Network conference allowing us to pool resources and share knowledge across the two Sector Networks and at the same time making today’s event efficient and cost effective.” 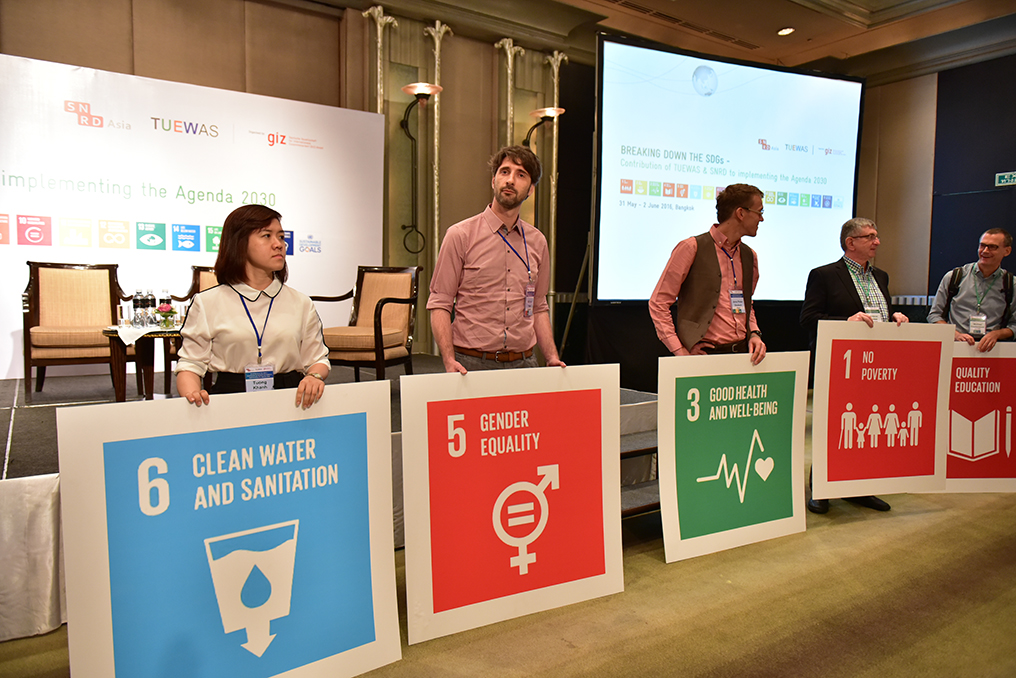 The Deutsche Gesellschaft für Internationale Zusammenarbeit (GIZ) GmbH is owned by the German government and with operations around the globe. GIZ provides services in the field of international cooperation for sustainable development. GIZ also works on behalf of other public and private sector clients both in Germany and overseas. These include the governments of other countries, the European Commission, the United Nations and other donor organizations. GIZ operates in more than 130 countries and employs approximately 17, 000 staff worldwide. 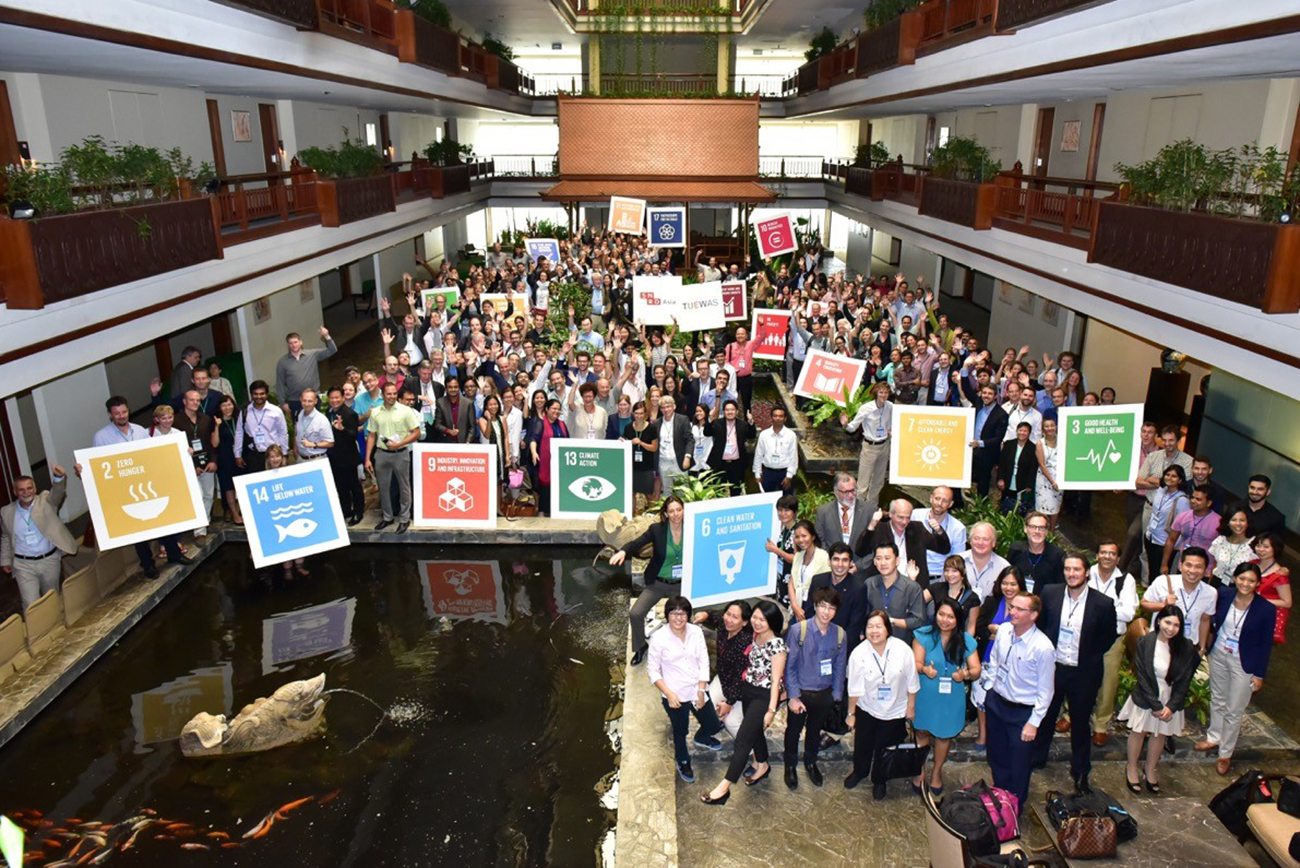 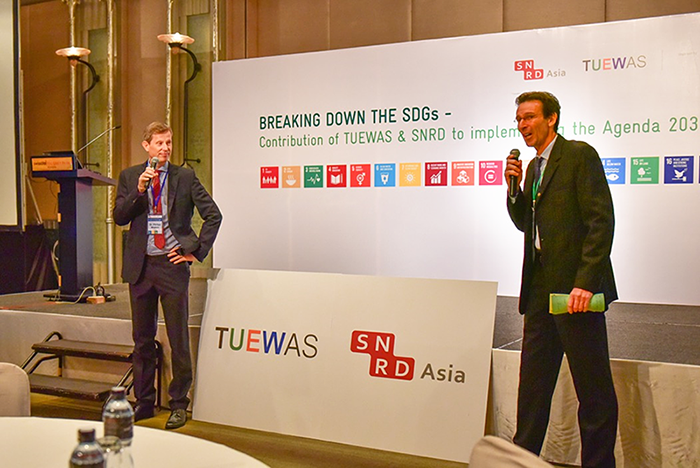 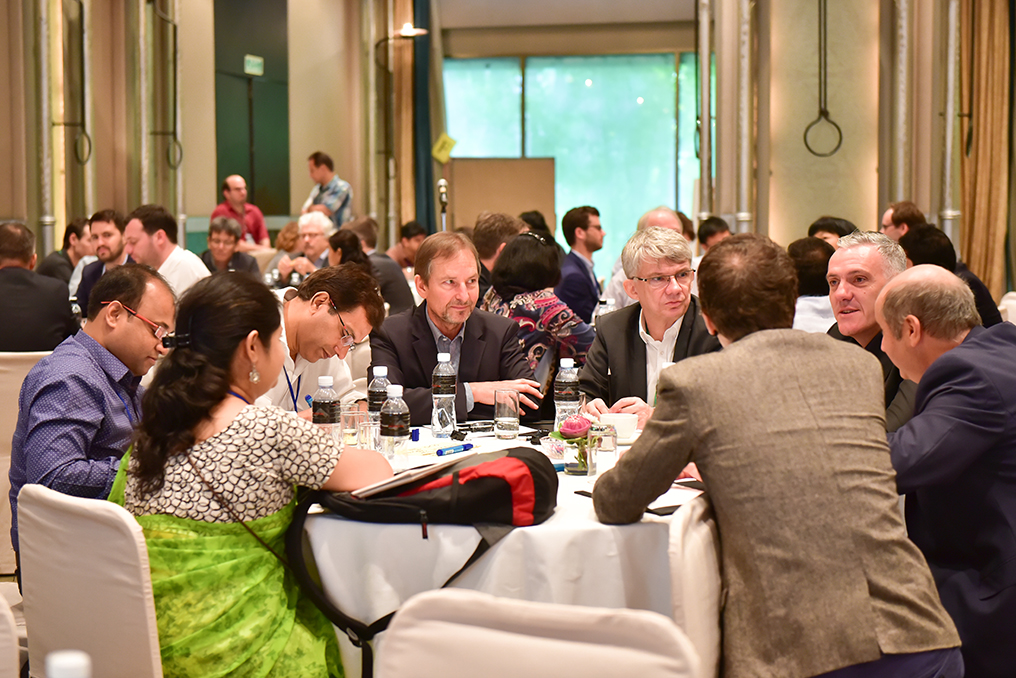