7.5 Years in Panay: Results and impacts of ForClim I and II

ILOILO City, PH, 23 January – The Forest and Climate Protection Panay (ForClim) project of the German and Philippine governments, implemented by the Deutsche Gesellschaft für Internationale Zusammenarbeit (GIZ) GmbH and the Department of Environment and Natural Resources (DENR) in two phases that span almost eight years now, came together with partners here to look back on their achievements and lessons learned before the project closes this year.

In the event titled “Climate, Conservation and Communities: Lessons from Panay,” ForClim II Principal Advisor Dr. Klaus Schmitt reported that on the Panay Mountain Range — the last remaining large block of forest on Panay Island with a unique biodiversity that is at risk from unsustainable use of natural resources — the project established almost 149,000 hectares of protection forest and 30,049 hectares of critical habitats, with 33,570 hectares more planned. 18,732 hectares of natural forests were covered by protection and rehabilitation agreements including 1,500 upland farmers and forest-dependent communities, and incentives for sustainable resource management (agroforestry, upland agriculture, and use of bioenergy) were given to 23 adjacent communities that included support for 484 hectares of upland agriculture and 2,038 hectares of agroforestry, especially with lucrative coffee, cacao, and abaca crops. 2,177 hectares of forest were rehabilitated. Twenty Forest Land Use Plans were completed and 725 Bantay Gubat (forest guards) were trained to strengthen the enforcement of forest protection laws. The DENR-Biodiversity Management Bureau Biodiversity Monitoring System was enhanced from an analogue system to a digital and spatial system that can be integrated into the DENR Lawin biodiversity and forest protection system. 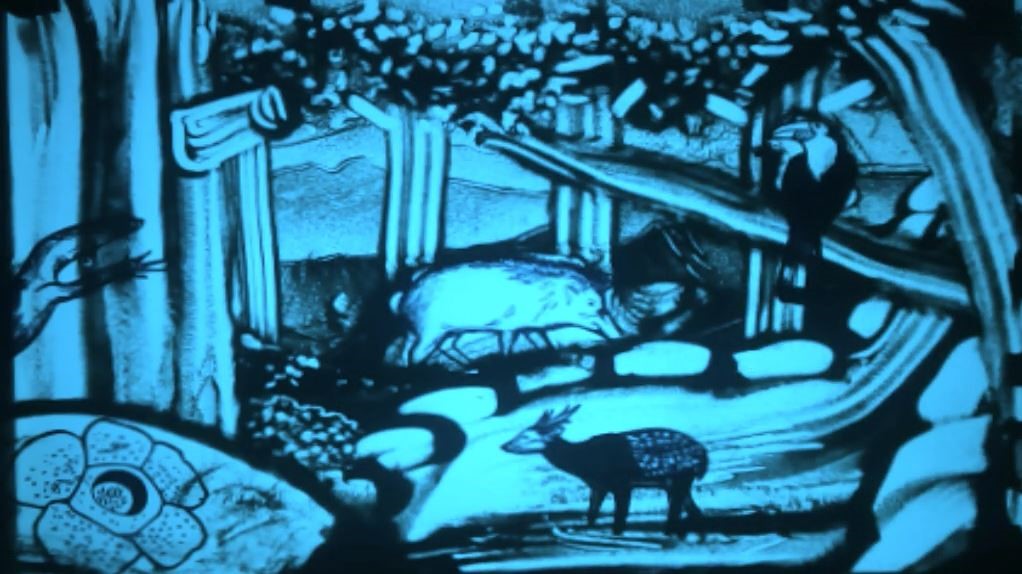 A good indication that the forest protection activities are conserving the local biodiversity is the 18.5% increase in sightings of Panay’s “Big 5” endemic species — the Rafflesia speciosa plant, the Visayan Spotted Deer, Visayan Warty Pig, Panay Monitor Lizard and Visayan Writhed-billed Hornbill — from 2014 to 201

The Panay “Big 5” and the iportance of forest conservation were highlighted in a sand art performance during the event. Watch it here.

Dr. Schmitt added, “The long-term protection of the Panay Mountain Range does not only ensure the conservation of the biodiversity hotspots and endemic species of Panay, but also supports the achievement of international climate change mitigation and adaptation targets, in particular, Aichi Target 11.”

The protection of natural forests and the rehabilitation of degraded forests under the project resulted in a 451,883-ton reduction in CO2 emissions from 2011 to 2017.

Dir. Edwin Domingo of the DENR’s Foreign Assisted and Special Projects Service said the government’s forest protection efforts will continue, and are in fact being fast-tracked. He pointed out, though, the need for cooperation among the concerned government agencies and local government units to curb the issues.

ForClim II will have a six-month no-cost extension until August this year.